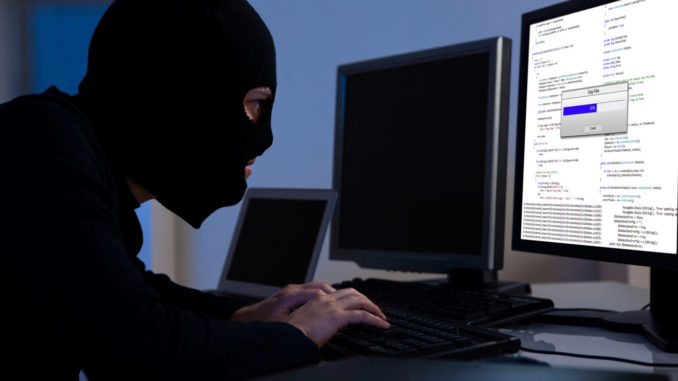 A Nigerian, Daniel Adekunle Ojo, who had spent less than  14 months in the United States,  has been arrested  by the FBI in Durham, North Carolina and charged with fraud and identity theft offences

The offences stemmed from Ojo’s phishing scheme, using an AOL and GMail email accounts  that targeted school districts in Connecticut and Minnesota in an effort to get employees’ personal information and file bogus tax returns.

Following his arrest at his Durham residence, Ojo appeared before a U.S. magistrate judge in Greensboro, N.C., and was ordered detained pending his transfer to the District of Connecticut.

Prosecutors said a school district employee in Glastonbury, Connecticut, received an email in February that appeared to be sent by another employee, who asked for tax information for 1,600 school district workers. The worker who received the email then forwarded the information, which was used in the scheme to file 122 bogus tax returns seeking nearly $600,000 in refunds, authorities said.

Officials said the Internal Revenue Service processed about six of the fake returns and electronically deposited nearly $37,000 in refunds to various bank accounts.

Investigators linked the email sent to the employee to Ojo, prosecutors said.

In March, a Groton school employee emailed tax information of 1,300 employees in response to an email that appeared to be from the superintendent of schools. Authorities said the information was used to file about 66 fraudulent tax returns seeking about $364,000 in refunds. Officials said the fake returns weren’t processed because they had been flagged as being part of an identity theft scheme after school employees discovered the problem.

Prosecutors also said they linked the email account used by Ojo to a similar scam that obtained tax information for about 2,800 school employees in Bloomington earlier this year.

Eric Placke, a federal public defender in North Carolina who represented Ojo only for his initial court appearance, declined to comment Friday. It’s not clear who Ojo’s attorney will be in Connecticut.

Authorities said Ojo entered the U.S. in May 2016 on a visitor’s visa and failed to leave on his scheduled departure date in June 2016.

Daly urged the public to double-check links and email addresses before clicking on and responding to them, to avoid becoming an identity theft victim.

Read the Original Press Release Here issued by US  Department of Justice:

How Sex Worker stabbed Man to death inside Hotel in Asaba