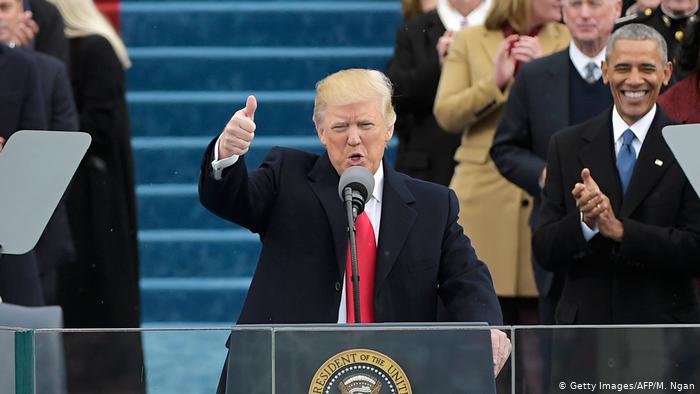 US President Donald Trump has revealed that he won’t attend Joe Biden’s inauguration on January 20, a break from history that has traditionally been a symbol of the peaceful transfer of power.

His announcement comes amid growing calls for him to resign or be removed from office, after Democrats and a number of Republicans believe he bears blame for the siege on the Capitol on Wednesday.

“To all of those who have asked, I will not be going to the Inauguration on January 20th,” Trump tweeted on Friday.

To all of those who have asked, I will not be going to the Inauguration on January 20th.

Trump will be the first president not to attend his successor’s inauguration since Andrew Johnson in 1869. Richard Nixon resigned from office and left the White House before Gerald Ford was sworn in in 1974. It may now be left to Vice President Mike Pence to represent the outgoing administration.

It has been a tradition for the incumbent president to invite the president-elect to the White House, and they ride to the inauguration together.

Mr Trump conceded that Congress had completed the certification of the election results and that “a new administration will be inaugurated on January 20”. But he stopped short of congratulating Mr Biden, who he did not mention by name.

“My focus now turns to ensuring a smooth, orderly and seamless transition of power,” said Mr Trump, reading from a teleprompter. “This moment calls for healing and reconciliation.”

Related Topics:Donald Trump
Up Next