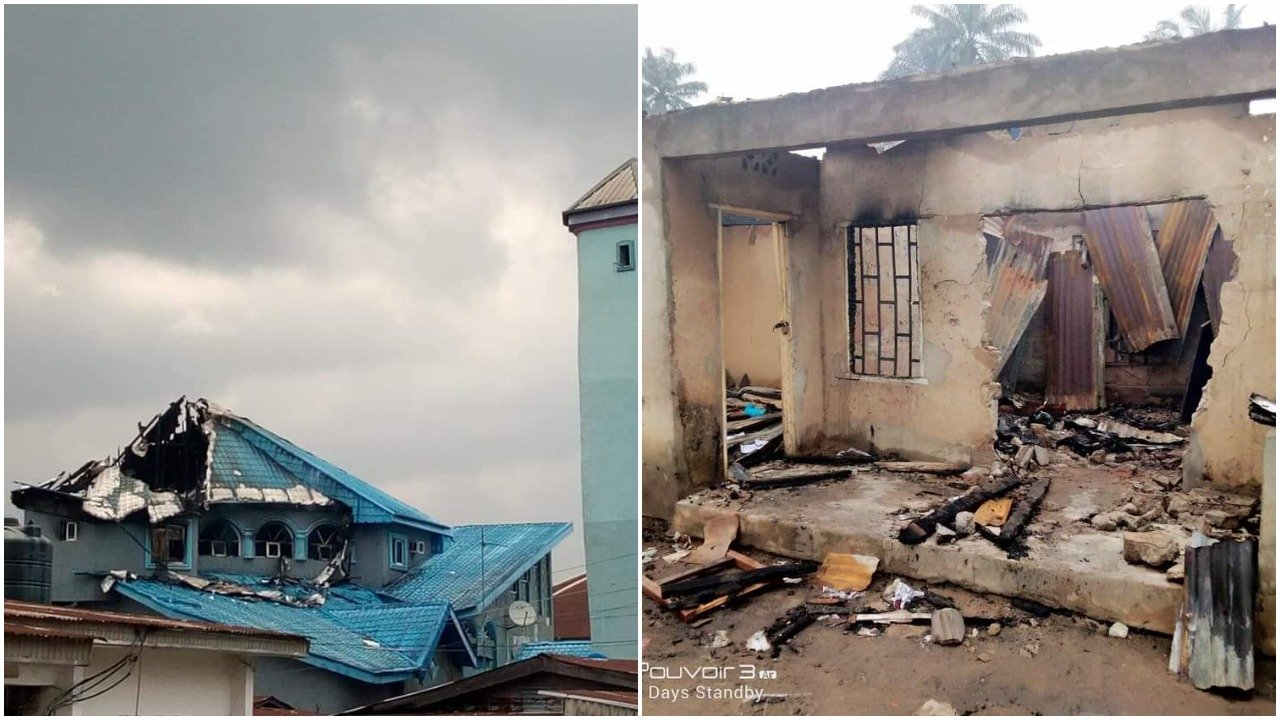 Several property in both facilities including items belonging to guests were destroyed in the inferno.

According to reports, the fire started from the top floor of the hotel but no life was lost in the incident.

Meanwhile, the Manager of the hotel Emmanuel James, expressed shock at the incident, saying there was no power supply and the hotel’s generator was off as at the time of the incident.

It was gathered that the strange fire destroyed school documents, buildings and other property estimated to be several millions of naira.

The Proprietor of the school, Rev. Joseph Ada who spoke with newsmen on Saturday said he rushed to the school on getting the information about the fire incident, adding that by the time he got there, the fire had become uncontrollable.

Ada said, “I was at home that night when I received the unfortunate news and before I could rush down to the scene, it was already late to control the fire. Some concerned neighbours had tried to quench the fire when it started before my arrival but their efforts proved abortive as the flame kept increasing.

“When I arrived, I was helpless as I was confused on what to do at that point because that fire could only be controlled by fire fighters and the only Fire-Fighting Station we used to have in Essien Udim was attacked and burnt during the recent crisis.”

He described the fire incident as a mystery, because the school has no electricity connection or generating plant, adding that they always hire generating set whenever the need arises, wondering what would have caused such an inferno which has wrecked so much havoc on the school.

Mr Ada who is also the Chairman, National Association of Private Schools, Essien Udim Chapter, said that the inferno has rendered both the teachers and students of the school helpless as the September 2021 resumption date in Akwa Ibom State approaches.

He, therefore, appealed to both Local and State governments, corporate bodies as well as public spirited individuals to assist him reconstruct the school which he said has been a source of livelihood to him and many others and a citadel of learning in the locality.

“I am pleading with our governor, Udom Emmanuel, to come to my aid in the spirit of ‘Dakkada’ so that I can reconstruct the school before the next academic session in September. Let the governor through our amiable Commissioner for Education come and see things for himself.

“Here, I am left with nothing except God. Everything I had in this school has gone. Both classrooms and administrative blocks have been razed and all documents completely damaged, destroyed and burnt to ashes,” the Proprietor lamented.

He called on parents and guardians to remain calm as the management is doing everything possible to ensure that their students resume in time despite the fire incident, adding that the school remains the top choice for parents who wish to give their wards qualitative education.

A staff of the school, Mr Emmanuel Akpan, who spoke with newsmen also pleaded with the governments at all levels and organisations to support the proprietor to rebuild the school which he said has helped put food on the table of many and also provided education to children in the community.

“As you can see, candidates who are writing NECO and WAEC now are stranded as there is no hall for them to use,” Akpan lamented.