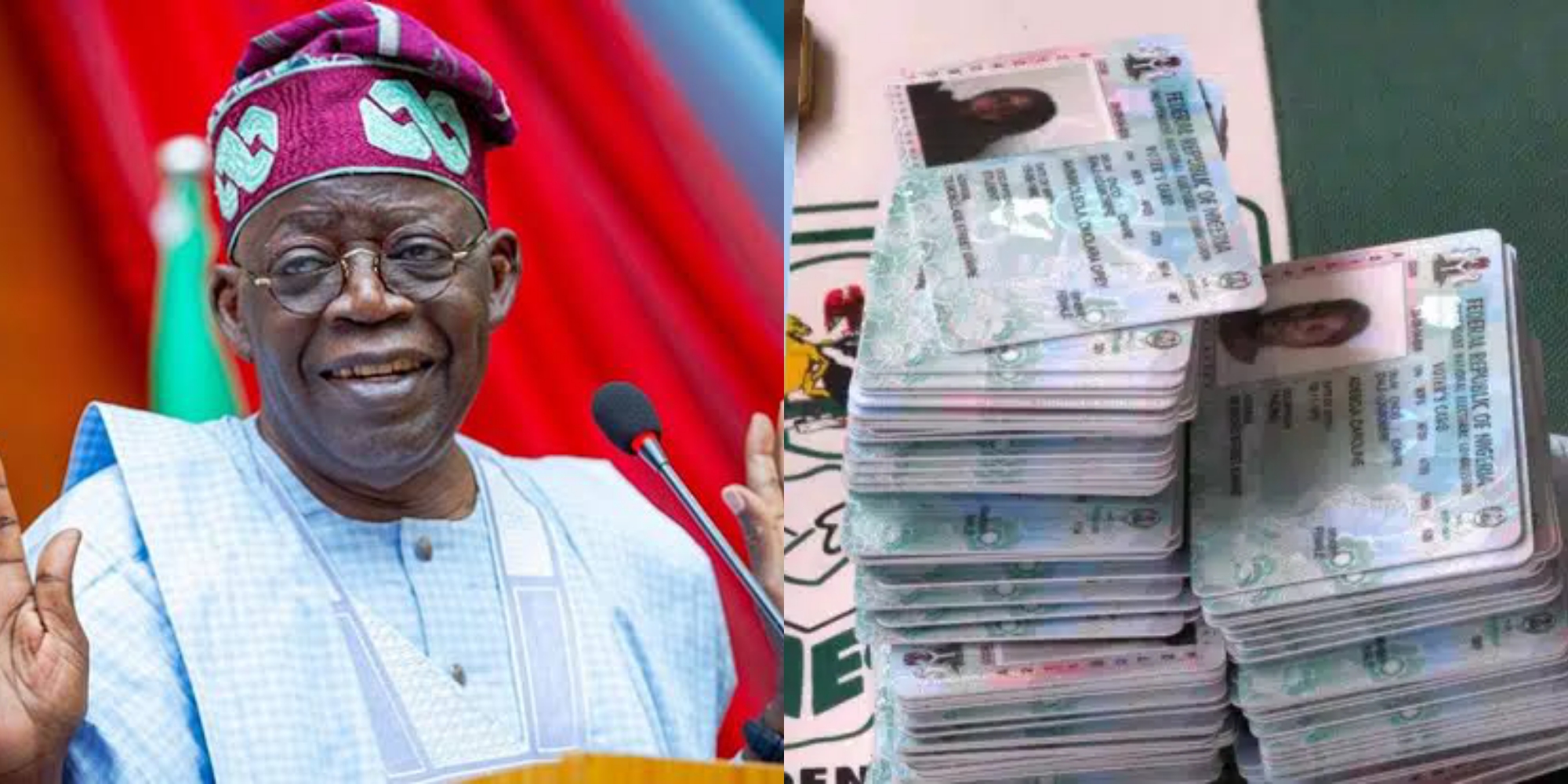 All Progressive Congress Presidential candidate, Bola Tinubu has enmeshed himself in another gaffe at presidential rally.

In a video making rounds on social media, Bola Tinubu made yet another gaffe during a rally.

Tinubu held his presidential rally in Lagos today, November 26, addressing his supporters in the state, the former governor of the State erroneously referred to the permanent voter cards, PVCs as “APV”.

This is not the first time Tinubu will be suffering a gaffe at his presidential rally.

Recall that during his flag-off campaign in Plateau state, he mistakenly said “God bless PD… APC.”

He had also said that Deputy Senate President, Ovie Omo-Agege who is his party’s governorship candidate in Delta state, will be Governor of Niger Delta state.

Watch a video of Tinubu speaking at his Lagos campaign below…

"Go and take your APV APC and you must vote"

Live from Balogun stadium, Bulaba will not kill somebody ..😂😂

He said, go and collect your APV, APC and you must vote😭😭😅 pic.twitter.com/eWsFY3gr4O