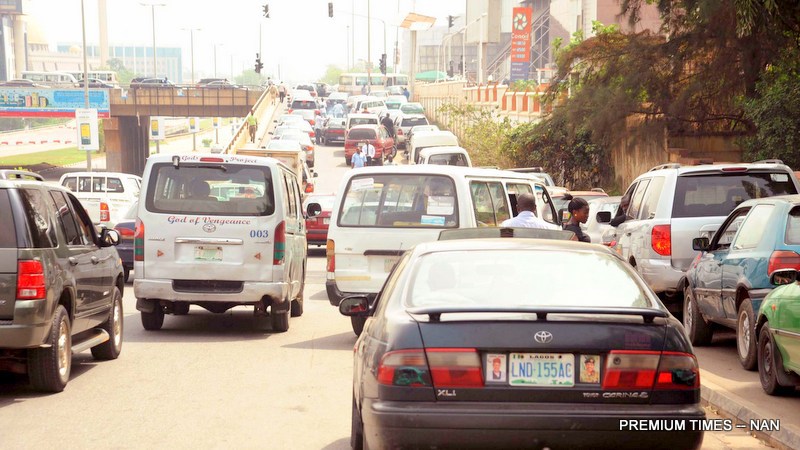 The Petroleum and Natural Gas Senior Staff Association of Nigeria, PENGASSAN, last night stepped up consultations with key agencies of government in a last ditch effort to avert the impending nationwide strike it declared last Friday.

One of the agencies involved in the negotiations was the State Security Service, sources told PREMIUM TIMES, as the petrol scarcity continues across the country.

The strike action scheduled to commence after 11:59 p.m. today followed the group’s peace meeting last week with the Minister of State for Petroleum Resources, Ibe Kachikwu, which ended in a deadlock.

Prior to the meeting, the oil workers had issued a 72-hour ultimatum to government to intervene over allegations of anti-workers’ practices perpetrated against some of its members working in Neconde Energy Limited, an indigenous oil company.

The umbrella body of senior workers in the oil and gas industry had accused the management of Neconde Energy Limited of wrongful termination of the employment of some of its workers who belong to PENGASSAN.

However, the union in a statement sent to PREMIUM TIMES late on Friday by its spokesperson, Fortune Obi, said following the stalemated peace meeting with Mr. Kachikwu, it had no option than to call its members out on strike today.

“Following the failure of the Minister of Petroleum Resources, Dr Ibe Kachikwu, to settle the rift between this body (PENGASSAN) and Neconde, the management of PENGASSAN has agreed to start the strike on Monday night (December 18th, 2017),” Mr. Obi said in the statement.

However, since the statement, various agencies of government have been engaging PENGASSAN in dialogue to shelve the planned strike considering the negative impact it would have on the worsening fuel supply situation in the country.

The Minister of Labour and Employment, Chris Ngige, in a statement through his spokesperson, Samuel Olowookere, appealed to the association to consider shelving the strike in the spirit of ongoing reconciliation over the issues.

“With the conciliation by the Minister of Labour and Employment, the impending action by PENGASSAN stands effectively arrested in line with the provisions of the relevant labour laws whose powers are invested in the minister,” the statement asserted.

Besides, Mr. Olowookere said, the minister had on December 13 and 14 met with PENGASSAN leadership to broker peace with the management of Neconde Energy Limited where an agreement was secured.

With the agreement, he said, each party was expected to play different roles to see to a final resolution of the crisis.

PREMIUM TIMES learnt that Neconde was expected to review the termination of appointment of the affected staff with a view to making it conform with the relevant labour laws as regards disengagement of workers.

Besides, Neconde was given three months to restore the PEGASSAN unit in its establishment in the spirit of the freedom of association as enshrined in the International Labour Organisation, ILO Convention as well as section 40 of the 1999 Constitution which deals with the issue.

Other agreements were that labour issues related with other oil and gas companies, including CISCON and others were to be taken in the second week of January 2018.

On its part, PENGASSAN was to keep its own side of the agreement by reporting the outcome of the reconciliation meeting to its Central Working Committee, CWC, with a view to shelving the strike.

PREMIUM TIMES learnt that despite the resolutions reached with the Labour Minister, the oil workers appear bent on going on strike, because the management of Neconde Energy were yet to carry out its own part of the agreement.

Last night, it was learnt that Neconde Energy failed to show up for a high level consultative meeting held with the leadership of the association and officials of the State Security Service, SSS, to explore ways of averting the planned strike.

“The meeting, which was a parley between the union and the State Security Services, to know if the strike will go on as planned today, was inconclusive,” PENGASSAN spokesperson, Fortune Obi, told PREMIUM TIMES on telephone.

“It is a continued discussion. We are still open to dialogue. We could not do much, because the management of Neconde Energy was absent. But, we used the opportunity to restate our demands and our grouse. And it was agreed that they must be present during another meeting this morning for any meaningful resolution to be arrived at,” he added.

Mr. Obi said another meeting of the CWC of the Association is scheduled for 11 o’clock this morning to take a final decision on the strike.

“We have already instructed all our branches to be on standby and continue to carry out skeletal operations. It’s not a total shutdown of services yet. It’s the outcome of the 11 o’clock meeting that would determine that,” he said.

He said all members are expected to report to duty in their offices as usual, to monitor the situation, while hoping that Neconde Energy management would be available at the meeting to show readiness to reinstate the sacked workers.

“If after the 11 o’clock meeting, Neconde Energy management did not turn up in the meeting, then we will have no option than to start with the shutting down of the downstream to give government the window to explore for resolution,” Mr. Obi warned

He said if the issues are not still resolved by Tuesday, the shutdown of operations would be extended to the upstream sector of the industry, where the sacked workers work.

“If nothing happens by Tuesday, the flow stations would be shut down. But, we hope it would not get to that.

PENGASSAN is a reasonable organisation. We believe members would ensure that whatever decision would be taken would be in accordance with our work ethics and professionalism. We are positive. We believe that today, things are going to change,” Mr. Obi said.