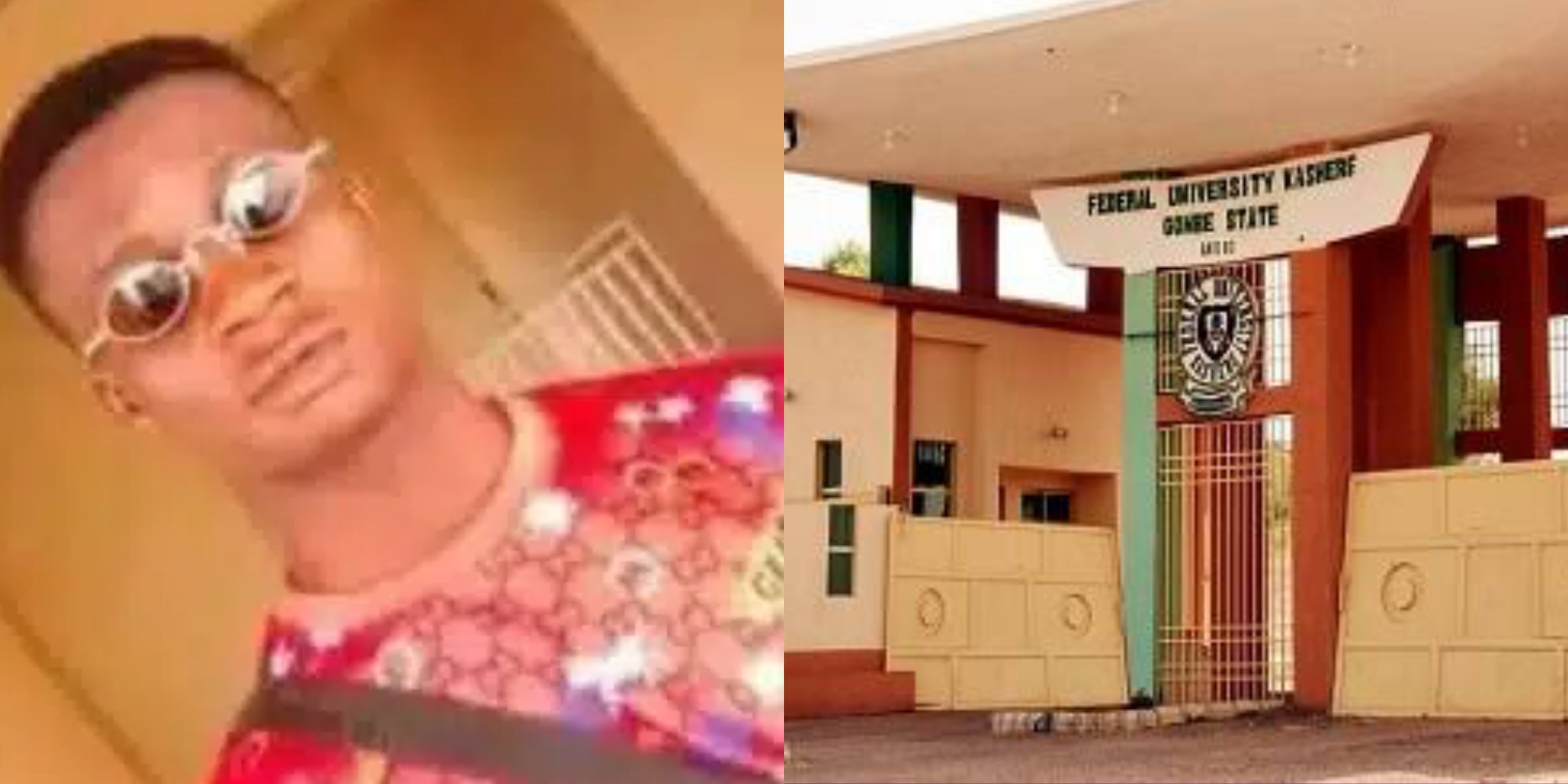 A final-year student has reportedly committed suicide in Gombe after his supposed rich father’ refused to give him money.

TooNaija reports that the male student, identified as Nalkur Zwalnan Lar was in his final year at the Federal University of Kashere (FUK), Gombe State. He committed suicide on Wednesday night, November 24.

The student of the Faculty of Education, before his death, was said to have consumed poison, but requiring a faster result, he decided to climb up to a tree in Santuraki area of Kashere and hung himself.

As reported by Daily Trust, the deceased, Lar left behind a suicide note in which he thanked his elder brothers “for everything they have done for him and urged his mother, who he described as the best mother on earth to take it easy with herself.”

He mentioned the names of people he was financially in dept to and also revealed how they could recover their money.

According to him, he doesn’t know the meaning of life as he can’t afford a smartphone of N50,000 even though his father has millions.

He also tendered an apology to some persons simply identified as Favour and Comfort.

Confirming the traffic news, FUK’s Head of Information and Protocol, Suleyman Malami Ahmed said the university would make details of its investigation public after it’s been concluded.