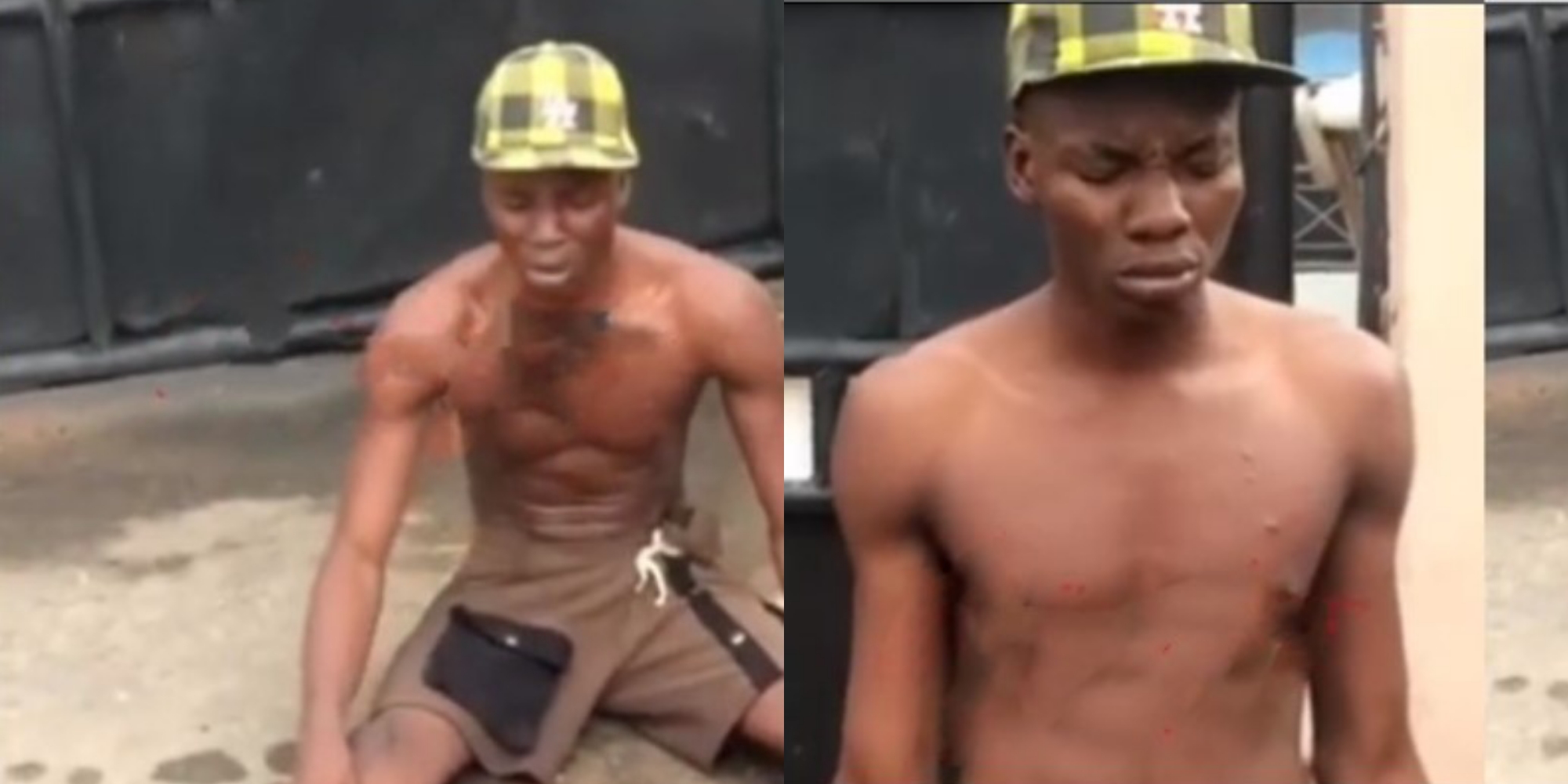 A suspected ritualist has pleaded for help, insisting on keeping his eyes closed against his brother over the effect of ritual.

The young man, in a video gone viral, was said to have visited a herbalist to do money rituals, however, he seemed to be in one complication or the other.

The young man, identified as Ekene was captured begging with his eyes closed saying that he cannot make eye contact with his brother or else he will run mad.

He was caught jumping over a fence with his eyes closed. It was during interrogation that he implied he was engaged in ritual practices.

The alleged ritualist begged them to take him to the police station and he made a series of uncoordinated statements which was hard to ascertain the authenticity.

Ekenedilichukwu narrated some unrelated stories in a bid to explain his predicament.

The young man gave out his father’s phone number and said he is allowed to see the man, but he must not see his younger brother known as Somto.

Speaking further, he pleaded not to be taken home or else he risk having eye contact with his brother, after which he will run mad.