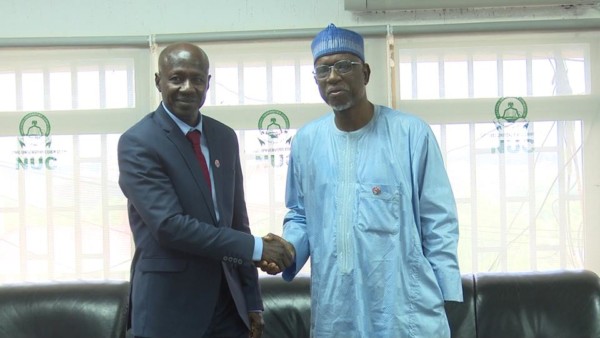 The Economic and Financial Crimes Commission (EFCC) says its acting Chairman, Ibrahim Magu, has advocated the introduction of an anti-corruption course into the country’s university curriculum.

Magu, according to a statement by the commission’s spokesman, Wilson Uwujaren, also promised to sponsor anti-corruption research works at doctorate level for the next 10 years.

He spoke during a visit to the National Universities Commission (NUC) headquarters in Abuja on Tuesday, the statement said.

“From January 2018, the EFCC will sponsor up to 20 Ph.D researchers on any aspect of corruption every year for the next 10 years. We shall also support the publication of research papers relevant to teaching of anti-corruption courses,” Magu stated.

He said that the educational sector is critical to winning the war against corruption in addition to reinventing Nigeria’s cherished value systems.

“We believe that university students constitute a strategic target of anti-corruption training and awareness raising activities, as they will become tomorrow’s managers,” he said.

The EFCC said the proposed anti-corruption course should focus on preventing corrupt practices.

The commission, he said, viewed the NUC as a critical partner in its quest to reach out to all youths in the country as part of the anti-graft strategy.

“The NUC has a vital role to play as it can assist us at the EFCC to extend our anti-corruption message to the universities. We need to sensitise youths to the ills of corruption, so that they will not be tools in hands of corrupt politicians,” he said.

The Executive Secretary of the NUC, Prof. Abubakar Rasheed, commended the EFCC boss for the initiative.

Rasheed noted that Nigeria was where it was today because of corruption, adding that the country might not get to the Promised Land unless everybody began to do things right.

He also acknowledged the efforts of the anti-graft agency in arresting and prosecuting fraudsters operating illegal institutions and using same to defraud Nigerians.

“This interaction will go a long way in re-positioning our country and the university system,” the executive secretary said.