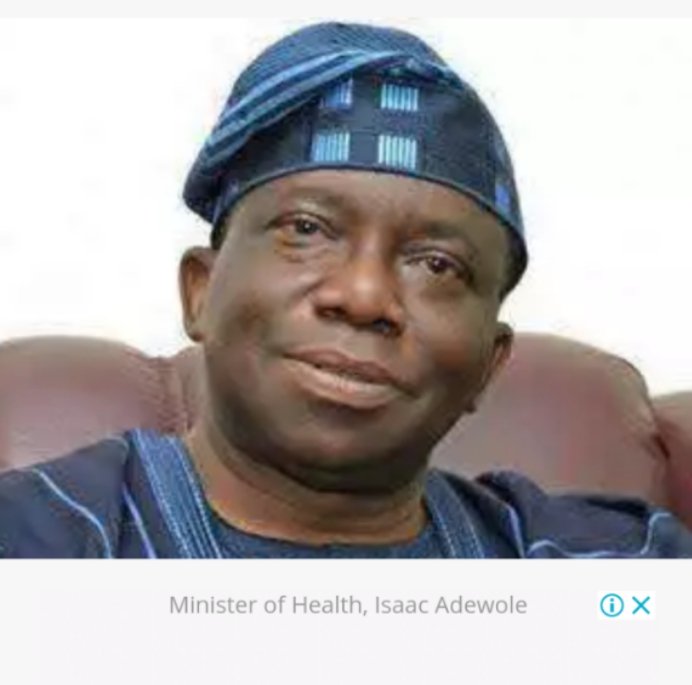 The Medical and Dental Council of Nigeria has declared the ongoing strike by members of the National Association of Resident Doctor illegal.

The medical council warned that any doctor who participated in the industrial action might repeat his or her internship without remuneration.

This was contained  in a statement by the MDCN entitled, “Professional Ethics for House Officers/Interns,” issued on Monday by its Acting Registrar and Chief Executive, Dr. Tajudeen Sanusi.

The body advised Chief Medical Directors, Medical Directors and Medical Superintendents  in various teaching hospitals to ensure that all resident doctors under their watch abide by all regulations guiding their internship.

“The MDCN regulates medical and dental practice in Nigeria as stipulated by the provisions of the Medical and Dental Practitioners’ Act Cap M8 LFN 2004 which states that during internship; doctors and dentists are required to undertake 12 weeks of uninterrupted postings in Medicine, Surgery, Obstetrics and Gynaecology, and Paediatrics and other relevant specialties for dentistry.

“Any interruption for any reason, including embarking on strike, during any of the postings, will not be condoned and should be reported immediately to the Chief Medical Director, Medical Director or Medical Superintendent of the internship training institution.

“Embarking on strike by interns will lead to repeating of the posting(s) without remuneration. Interns are therefore advised to avoid participation in activities like industrial actions that could lead to interruption in their postings.

“A supervising doctor who fails in his duties in this regard is liable to proceedings being commenced against him at the Medical and Dental Practitioners Disciplinary Tribunal if his misdeed in the matter is brought to the notice of the council,” the MDCN stated.

However, resident doctors at the University of Benin Teaching Hospital, Edo State, the Ladoke Akintola University Teaching Hospital, Ogbomoso, Oyo State and many tertiary hospitals across the country  joined the nationwide strike called by their parent body, the National Association of Resident Doctors.

The doctors started an indefinite strike on Monday over the alleged failure of the Federal Government to meet demands bordering on their welfare.

According to the NARD President,  Dr.  John Onyebuze, resident doctors’ services would remain withdrawn until their demands, which includes their immediate enrolment under the Integrated Payroll and Personnel Information System and payment of all salary shortfalls and slash were paid.

Onyebueze, who said they could no longer continue to bear delays and cuts in their salaries, also accused the federal and state governments of paying lip service to the welfare of doctors across the country.

The association had demanded also the payment of its member’s salary shortfalls in 2016 and January to May, 2017, in addition to the inclusion and enrolment of resident doctors under the National Pension Scheme and the appropriate placement of doctors in the civil service system.

Onyebuze stated, “Rising from our NEC meeting, NARD has resolved to reject the promissory offer from government, and proceed on total and indefinite strike until all items in its demand list for the industrial action are resolved by government.”

Our correspondents gathered that resident doctors rejected the offers made by the Federal Government to forestall the strike after it had held a series of meetings with the Minister of Labour and Employment, Dr. Chris Ngige and the Minister of Health, Prof. Isaac Adewole, over unresolved issues.

The ARD President, UBTH branch, Dr. Eustace Oseghale, told one of our correspondents that over 300 members of the association downed tools on Monday.

“Yes we have. The strike is a national directive. We are withdrawing services until our demands are met,” Oseghale said.

He said that though the action would take its toll on the patients in spite of available consultants, a resolution of the issues would be in the interest of the patients.

“That is why we have been in touch with government for some time. Some of the demands even span over a year. In the long run, it will be better for the patients.

“We have consultants on ground providing some services. But their number is not enough to provide all the services. We urge them (patients) to bear with us,” Oseghale added.

Bode said, “Most of the doctors are off duty because of the Sallah holiday. This is because we record low turnout of patients during festivities. The few patients are being taken care of by consultants. We will address the public today after appraising the situation.”

Photo Of President Buhari Watching The Nigeria Vs Cameroon Match