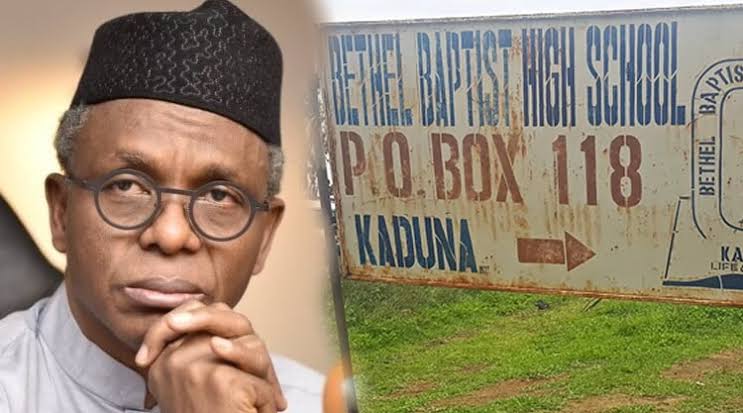 Heavy ransom was paid to bandits, regardless of this, some members and students are still in captivity. The Chairman of  Christian Association of Nigeria, Kaduna State chapter Rev. Joseph John Hayab, and Vice President of the association in the North, has said.

Hayab spoke on the traumatic experience of the church members, alleging that the “Kaduna State Government’s role in the release of our adopted Emmanuel Baptist Church worshippers is to simply tell their preferred media houses to get the video and make breaking news,  when the news has since gone out.”

According to him, “if our government will put enough energy into finding ways to secure the people the way she puts energy into media propaganda ,we would have since chased away the bandits. The bandits know that the Kaduna state  Government only specialized in media propaganda and nothing more, that is why they are having free space and time to torment innocent citizens.

On how the security agents, Army, police, DSS participate in rescuing their abducted members, he said ” I will simply advise our security agencies to do their work professionally and never give room for politics in their constitutional responsibilities. It is wrong to allow your conduct to be influenced by politicians or by political lenses which is tenured. The victims you are ignoring today may be your neighbors after retirement and the politician you are refusing to do your constitutional responsibility just to protect his interest will not be in that office forever.”

”Our members’ experience was not good for public discussion. They suffered hunger, brutal treatments, were forced to make nice statements on video, not happy with false claims of the way they were released.”

“Absolutely ransom was paid in millions and foodstuff and motor bikes were given to the bandits. Discussing how the money was delivered in public can only put the next person to deliver ransom in danger. what we wish is that banditry should stop through whatever means be it dialogue or security intervention.”

”The Bible encourages us to pray without ceasing, the place of  prayer can not be overemphasized. I  know and believe in the efficacy of prayers which has the power to  turn every human heart to every direction like a water course. We will continue to pray and back up our prayers with action because the Bible also said watch and pray.”

On the call by members of the youth wing of SOKAPU to mobilize and defend their communities and forests from bandits invasion, Hayab said ” I have told Christians in Kaduna state which many SOKAPU Youths are members that bandits do not read our press statements. The only thing that will make them know that we are tired of the evils they have been doing to us is  when we organize ourselves around our communities and when the evil bandits come again in the night they will find us awake and ready for them.”

On why the Baptist Convention would not come up with modalities to safeguard its churches, schools and worshippers, he said “the evil activities of Bandits are against Nigerians firstly and Nigeria Christians in particular. It will not be right to make it look like a Baptist denomination matter. Our people are sufferings across all denominations.

Baptist Church has become famous recently because of its large presence in many communities of the Kaduna suburb and the kidnap of students from Bethel Baptist High school Kaduna. We have many kidnapped reports from ECWA, Assemblies of God church, Catholic, HEKAN, Anglicans to mention but a few.”

“CAN in Kaduna state has been sensitizing faithful to take security measures over their homes, community, and places of worship. We must not wait for men in uniform to do everything for us but use our God’s given wisdom and ability to secure ourselves.The law of self-defense has not changed in both Nigeria and International laws. If we do nothing and only complaint bandits will kill us all and those we are taking our complaints to them will end up accusing us of raising false alarms even if they come and see our dead bodies.”

”There are still people in captivity. They include Baptist church members and especially our 3 students of Baptist of Bethel High School Kaduna.

Last week when Bandits released about 65 people we were wrongly informed that all the members of Emmanuel Baptist church were released only to later realize that the bandits released 45 out of 61 of them. We still have 16 with the bandits who are yet to be back.We are praying for their return soon.”

“My appeal to the authorities is for them to act swiftly and show the bandits that they are in charge. Authorities in Kaduna state and the Federal Government should spend less time abusing people and more time-fighting bandits. People are only crying and complaining out of pain. Defeat the bandits and people will come out and celebrate the authoritie,” he said.

Unemployment is the major cause of insecurity in Nigeria- Keyamo