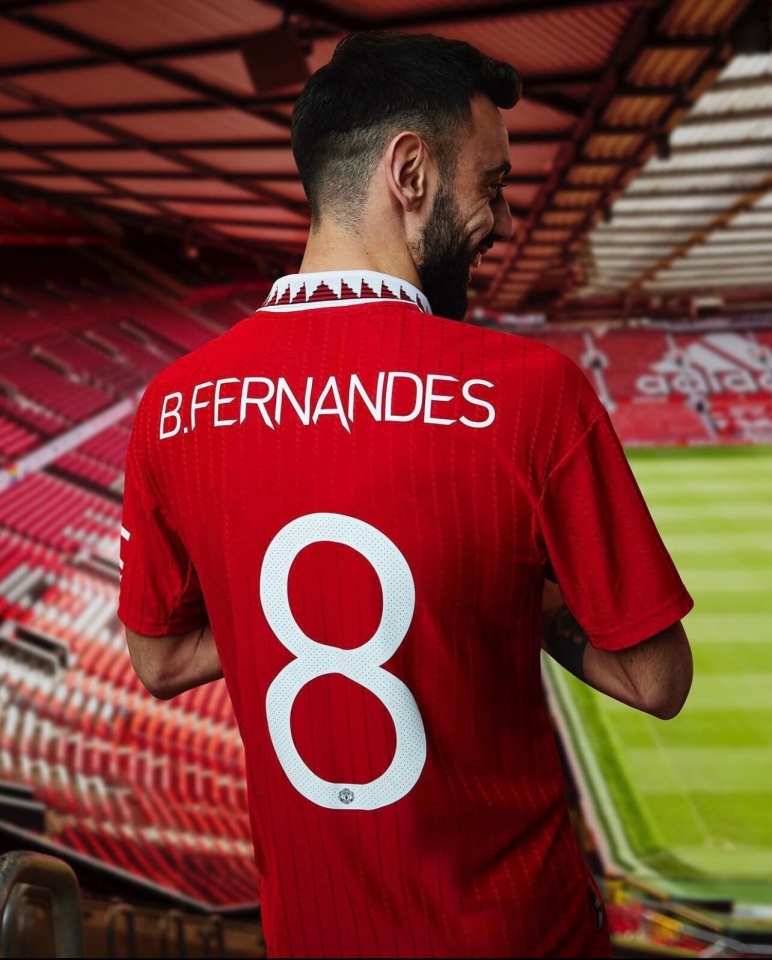 At a time when Manchester United needed a hero to spur their season, the Old Trafford side got one, when they signed Portuguese midfielder, Bruno Fernandes from Sporting CP.

The former Sporting CP man came in half way into the 2019/20 season when the club was down to inspire the team into crafting out wins that prior to his signing had eluded them.

He did the same in the next season, his very first full season with the club and under Norwegian former manager and club legend, Ole Gunnar Solksjaer, was one of the reasons United nicked second place ahead of Liverpool in the 2020/21 season.

Bruno Fernandes’ form that season was eye watering as he broke Chelsea hearts by scoring the most goals a midfielder has ever done in the league after Blues’ legend, Frank Lampard.

The Portuguese did all these wearing the squad number 18, a number he rightly stamped his name on etching it into United’s history and lore.

Though, he had quite a poor season in the recently concluded season, the midfielder still claims the most goal contribution and chances created in the entirety of the United squad.

It is to this effect, the club has decided to rank the Portuguese higher than what the 18 on his shirt spoke about him by giving him the iconic number 8 shirt number.

The shirt number switch is set to take place in the upcoming 2022/23 season, taking over the number once won by close friend, Juan Mata prior to his exit from Old Trafford.

“My name is not Somto or Toto”—Tonto Dikeh warns