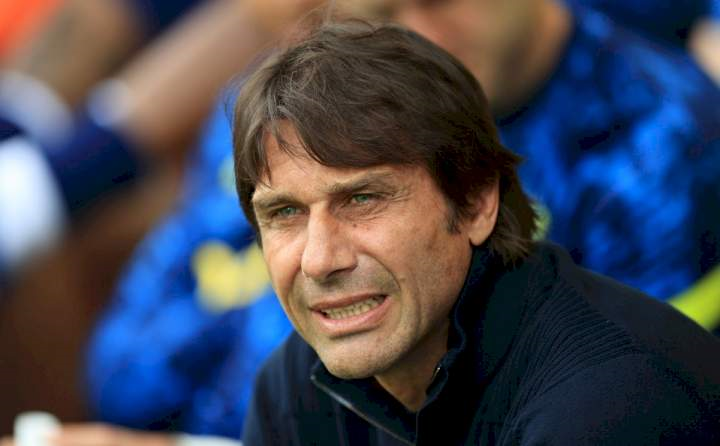 Antonio Conte very much isn’t messing around next season, and it’s time we know it.

If there is any London team that is hard at work during the off season, then it is Conte’s Tottenham Hotspurs.

The club has shown a lot of zeal and ambition through its actions this transfer window. And rightly so, it is one which other London rivals should envy of.

Antonio Conte’s Tottenham has been able to fast track signings without any much deal as they have moved quick to identify their targets as well as their priorities.

The club has fast tracked the permanent signings of on loan players from last season, Romero and Kulusevski.

Spurs have also stepped up to complete the signings of Inter Milan’s Ivan Perisic and Southampton goal keeper, Fraser Forster.

But what’s even more ambitious is the fact that  Antonio Conte isn’t stopping at just one or two signings but looking to add up Brighton midfielder, Yvet Bissouma for a cut price fee.

The price for the midfielder is to be in the region of 25 million Euros, with personal terms reportedly not  an issue between player and club.

The midfielder was to leave last summer but ended up staying, with Bissouma revealing in an interview;

“I didn’t go this summer, maybe its because it’s not my time to go,” He said back in September after staying at the south coast club.

“When my time will come, it’s my time, but I’m happy in Brighton, I’m enjoying playing football.

“My dream is like every player, I want to play in the Champions League, I want to be champions. I want to compare myself on the top level, not just with other players.”

Aside the Malian, Spurs are also in talks with Everton’s forward, Richarlison for a move this summer.