₦90m grand prize up for grab in #BBNaija Season 6
Advertisement

Why I wanted to be a lawyer - Actor Lateef Adedimeji 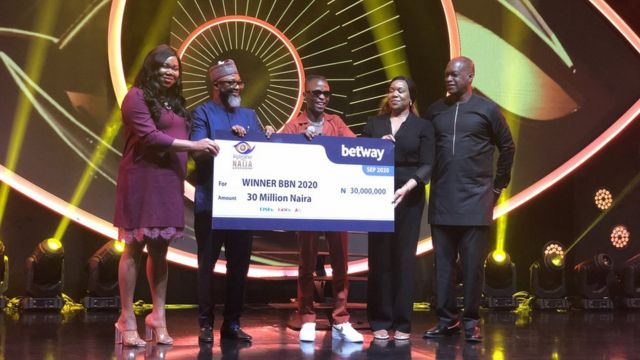 
Organisers of the Big Brother Naija Season 6 have revealed that the N90m (£158,000) grand prize for the reality show is the highest ever in the history of the programme.

It was disclosed that the reality show will be streaming in the United Kingdom for the first time ever. The first season of the show first aired on M-Net and DStv Channel 37 from 5 March to 4 June 2006 and the voting results were verified by the auditing company of Alexander-Forbes.

In a Press Statement signed by Public Relations Officer, Jennifer Ochieng, it was stated that the show will be available on African streaming service Showmax.

The show will feature a special double launch on Saturday, 24 July and Sunday 25 July 2021, Ochieng stated.

Confirming this development, Candice Fangueiro, Head of Content at Showmax, said: “Big Brother Naija has always attracted a large following outside Nigeria and Africa as a whole.

“This year, we decided to make the hugely popular show available to fans in the UK – whether they’re part of the Nigerian diaspora or are among the many fans of this addictive reality series format.”

Season 6 will again be hosted by Season 1 contestant Ebuka Obi-Unchendu, who has hosted the reality show since 2017, the statement adds.

Big Brother Naija, formerly known as Big Brother Nigeria, is a Nigerian reality competition television series, based on the Big Brother television franchise, in which, contestants live in an isolated house and compete for a large cash prize and other material prizes, at the end of the show by avoiding being evicted from the house by viewers who vote for their favourite housemates to remain in the show.