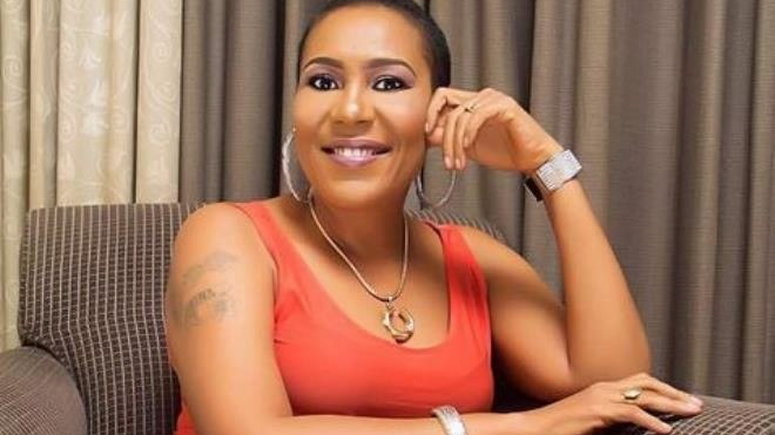 Nollywood Actress, Shan George, is undoubtedly a beautiful woman. The 50-year-old role interpreter is admired by many and lots of actors would not mind playing romantic roles with her.

However, the outspoken thespian has revealed in her latest interview that she did not like taking such roles. She said, “One of the most awkward movie roles I have had was acting as a mermaid. It was very challenging because I was trying to be something that I didn’t know and something I had never seen. How does a mermaid laugh or express anger?

George also maintained that she did not consider any of her colleagues as a rival. She said, “I don’t have a rival in the industry and I have never had one. In every aspect of my life, I have never seen anyone as a rival. Instead, I see people as partners. Acting is not about who earns more. Earning much does not mean that one is bigger or in a better class than others. I treat all my jobs equally― whether I am paid as low as N50, 000 or as high as N1m. One’s attitude is what takes one far. Over the years, I have built relationships with some actors that would gladly feature in my movie, irrespective of what I can afford to give them.”

The ‘Winds of Destiny’ actress also averred that she did not feel threatened whenever anyone flaunted wealth online. She added, “I do not see flaunting wealth as competition. I rather see it as motivation. Having a house is the dream of many because it is a necessity. One cannot continue to live at the mercy of landlords, so for people trying to have their houses, it is not a big deal. How people get the money to buy or build their houses is nobody’s business. Everyone is just striving hard to have roofs over their heads. People could do the same thing and get different results. The way we spend money is different. It is about one’s priority.”

The mother of two who was recently engaged for the third time stated that she did not want to talk about her plans for marriage. “About my marriage, I don’t want to talk about it. I know people are happy about it, so we are happy together. Some things should not really be talked about. Also, I like to take my life one day at a time.”

Related Topics:Shan George
Up Next