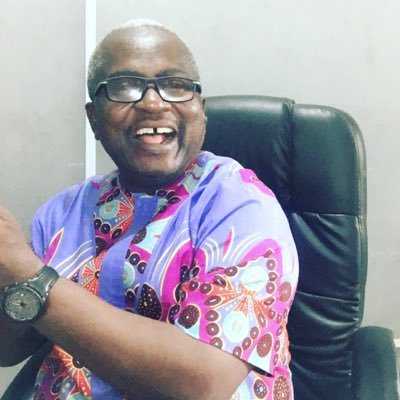 Gov. Willie Obiano of Anambra State has appointed Tony Nezianya, a veteran journalist and a former director of the News Agency of Nigeria, as a special assistant on media.

The appointment took effect from Aug. 1, 2017. Nezianya will be working at the Anambra State Ministry of Information and Strategy.

The new appointee retired from the News Agency of Nigeria (NAN) after 34 years and later became the Group Editor-In Chief of Echonewsng.com, an online news medium.

He retired from the Agency as Director/Head of the Sports and the Lagos Metropolitan Desks.

Nezianya had served as Zonal Manager in charge of the five South East states at the NAN regional headquarters in Enugu.

In the course of his duty tours, he had in 1992 been elected as Chairman of the Lagos State Branch of the Sports Writers Association of Nigeria (SWAN), a position he occupied for three years.

He also served for two terms of eight years on the Executive Board of the Nigeria Olympic Committee (NOC) as its Public Relations Officer (PRO).

From the vantage position, he was named Media Officer of `Team Nigeria’ to the 2003 All Africa Games staged by Nigeria in Abuja.

Nigeria hosted the games and eventually emerged as champions by topping in the overall medals table.

He served as leader of the Nigerian delegation to the Afro-Asian Games in Hyderabad, India in 2003.

Nezianya had also served as Head of Media, Team Nigeria to various other Games including, the 2002 Commonwealth Games, and 2002 Manchester Games.

He had also in the course of his duty tour to NOC, served as a Media Officer to the 2007 All Africa Games in Algiers.

His first coverage of major Games was way back in 1987 during the 4th All Africa Games in Nairobi, Kenya.

He holds a Diploma in Journalism from the Ghana Institute of Journalism, Accra, Ghana, in 1982.

He also earned a Higher National Diploma (HND) from the Yaba College of Technology, Lagos.

Nezianya had served on the boards of the Nigeria Wrestling Federation (NWF) and the Handball Federation (HFN).

He is currently serving on the board of the National Triathlon Union.

He served on the Enugu Sub-seat of the Local Organising Committee (LOC) for the 2009 FIFA U-17 World Cup as Media Head of the Sub-seat.

He is married and has children.