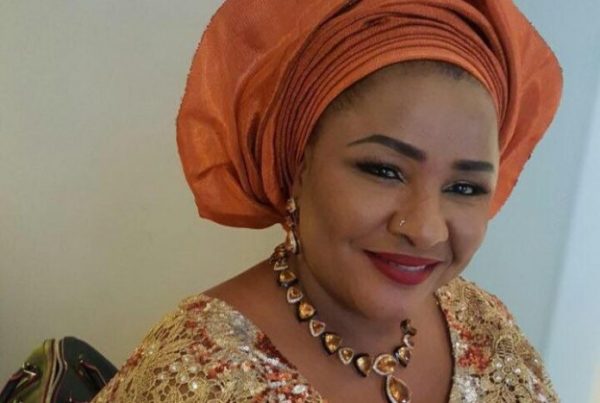 Acting President Yemi Osinbajo has withdrawn the nomination of two board members of the Independent Corrupt Practices and other offences Commission, ICPC, five days after they were nominated.

The nominees withdrawn are Maimuna Aliyu and Sa’ad Alanamu. And another, a former military governor of Ogun State, Sam Ewang may also suffer the same fate as past indictments of abuse of office have been dredged out.

The two nominees were exposed in a damning report by ICIR(International Centre for Investigative Reporting), as being unfit for the job as they have corruption cases to answer.

The ICIR report published last Friday was too detailed to be ignored by the government.

It said while Alanamu is being investigated on corruption charges allegedly committed while he headed several institutions in Kwara State, Aliyu has a longstanding case of abuse of office, misappropriation and diversion of public funds against her.

“In fact, the ICIR learnt on Friday that charges were already being prepared against her by the ICPC in preparation to taking her to court when her name was announced as a member of the new board of the commission.

“Apart from the ICPC investigation, our investigations also show that the Economic and Financial Crimes Commission (EFCC) and the Nigerian Police have investigated several corruption cases against Aliyu, a former Executive Director of the Aso Savings and Loans.

“In fact, in May, a police investigative report indicted her and recommended her for prosecution. The investigative report dated May 31, 2017, and signed by Taiwo Oyewale, a Superintendent of Police, for the Deputy Commissioner of Police, IGP Monitoring Unit, said that Aliyu illegally converted to personal use a total of N58 million being proceeds of three plots of land belonging to her employers, Aso Savings and Loans.

“Police investigations showed that as Executive Director, Marketing, Aliyu got approval to sell three of the bank’s landed properties in Abuja. The plots were offered for N19 million each. Aliyu is said to have sold the lands for N58 million but refused to hand over the money to the bank.

“The police investigations commenced after Aso Savings and Loans wrote a petition in November 2016 alleging that Aliyu, who had by then retired from the bank for three years, had refused to hand over the proceeds of the land sale.

“The same month, the bank also wrote a petition against her to the Governor of the Central Bank of Nigeria, the EFCC and the ICPC

“In one of the investigations, it was discovered that Aliyu actually sold the three plots of land entrusted to her by the bank at N40 million each (instead of N19 million) totalling N120 million and held on to every penny.

“Apart from the N120 million allegedly misappropriated by her, the bank also lodged several complaints of abuse of office and conversion or diversion of its funds, totalling nearly N1 billion”.

But in a series of on Sunday, spokesperson to Mr. Osinbajo, Laolu Akande, said the government had decided to withdraw their nominations.

“We are stepping down two of the new ICPC board nominees who have ongoing investigation issues with the commission as this presents a conflict.

“This case presents a peculiarity as we have confirmed that the agency in which they are to serve is indeed investigating the two of them.

Meanwhile, another publication has also called into question the eligibility of Sam Ewang, as a member of the board of the anti-graft agency.

In an online publication, Mr. Sam Ewang a retired Group Captain from the Nigerian Airforce was indicted by a probe panel set up by the Chief Olusegun Osoba’s administration of embezzlement of N28million which he claimed was used to purchase “protective equipment”. The equipment was no where to be found.

“Another panel also revealed N20million was missing from the coffers of the state Councils of Arts and Culture.

“Ewang reportedly made away with official vehicles and generator belonging to the governor’s office after his tenure”, said the report.

The Presidency is yet to react to this latest report.

10 things you need to know from Nigerian Newspapers this morning