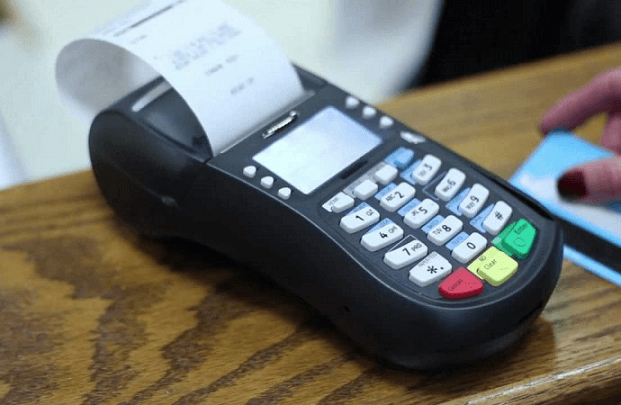 A point-of-sale operator in Taraba state, Mr David Terver, has accused the Nigeria Security and Civil Defence Corps of extortion and torture.

According to Terver, the incident happened on Tuesday in Peva village, Takum Local Government Area of Taraba state.

Narrating what led to the ordeal, Terver told The Punch that a fish seller, Boniface, who used to patronise him, recently visited his shop without an Automated Teller Machine card.

Terver explained that as a Zenith Bank agent, any customer with an account with the bank could withdraw from his PoS terminal without an ATM card.

He said, “What we normally do in that circumstance is that once you input the customer’s account number and request withdrawal, the bank will send a one-time password (OTP) to the customer’s alert line.

“About three weeks later, he came back to me with a complaint that a withdrawal was made on his account without his consent and I asked him if he gave his phone with the alert line to someone, or if he revealed his account details to anyone over the phone, but he said no.

“When I checked, the withdrawal was made via an Opay PoS and I advised him to proceed to the bank and lodge a complaint.

“He then withdrew N1,000 from my terminal that day and left, using the regular OTP the bank sent for the transaction.

“Two days after, some men of the Nigeria Security and Civil Defence Corps came to my shop, shut it down, chased away all my customers and asked me to move into their operational vehicle with my PoS devices.

“I asked what the problem was, but they said I would know when I get to their unit. I obeyed their instructions. On getting to their office, I met the said Boniface and the complaint was that I withdrew N13,000 from his account.”

Terver said he narrated all that transpired between him and the customer to the officers, but he was accused of carrying out an illegal transaction on Boniface’s account.

“They said since I don’t want to comply with them, they would deal with me. They pushed me to the ground and started beating me. My pleas fell on deaf ears, as they said the only thing they wanted to hear from me was a confession that I committed the crime.

“After three hours of beating, I was asked to pay N13,100 which was withdrawn from the account, and pay a damage charge of N7,000 to the complainant and N5,000 for bail,” he added.

However, the Public Relations Officer of the NSCDC in Taraba State, Peter Godwin, said the command was not aware of the incident.

He said, “You can come to the office and lodge a formal complaint with the intelligence department and the matter will be investigated.”

Meanwhile, the family of the victim on Tuesday threatened to drag the NSCDC to court, saying the agency violated Terver’s rights.