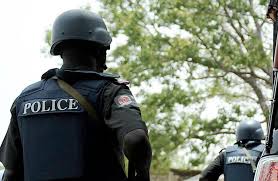 A decomposing body suspected to be that of one of the missing policemen recently kidnapped by suspected Fulani herdsmen in the state has been found.

DAILY POST reported that four policemen were kidnapped and a security van burnt down after suspected Fulani herdsmen ambushed security men in Logo LGA of the state.

It was gathered that the officers were said to be returning from a confidence-building mission in remote villages when suspected herdsmen opened fire on them in Tse Akpam village, near Azege town.

However,a source identified as Bemdoo told Punch that the already decomposing body of the second officer, which also had parts of his organs removed was discovered in the village by the search and rescue team.

He said the locals packed the body which had decomposed beyound recognition inside a black polythene bag and conveyed it in a white Hilux van to Makurdi, the Benue State capital, on Sunday.

Recall that the police Command announced the death one of the two remaining missing policemen in the attack who was found brutally slaughtered, with eyes and ears as well as nose removed.

However, when contacted the State Commissioner of Police, Fatai Owoseni, told Punch that they were yet to ascertain whether the decomposing body found was that of the missing policeman.

“Yes, we heard the rumour, but we are not sure whether the body that was found is that of the missing policeman,” he said.

Nigerian Newspapers: 10 Things You Need To Note This Monday Morning