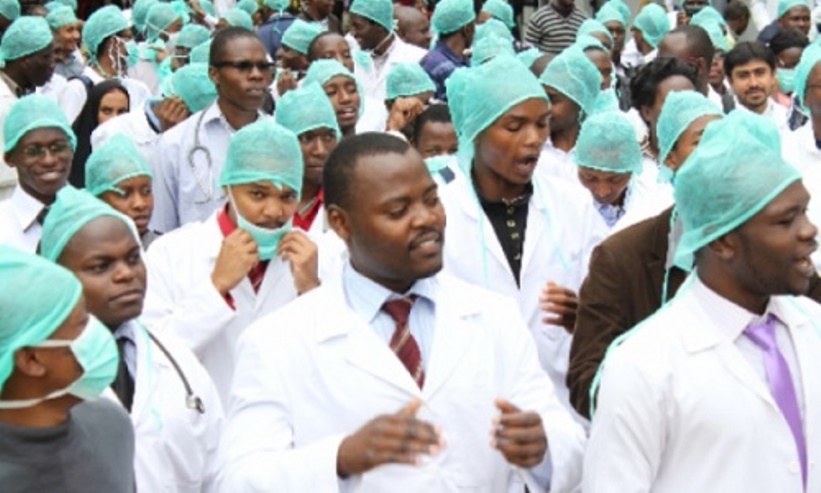 The Nigeria Association of Resident Doctors (NARD) has declared to carry on with its ongoing strike until the federal and state governments agree to its demands.

NARD, on Thursday, made its point known in a statement issued at the finale of a virtual phenomenal National Executive Council (NEC) meeting endorsed by its President, Dr Uyilawa Okhuaihesuyi, in Abuja.

The association disclosed that the NEC had collectively voted that the ongoing strike that commenced on April 1 would continue.

The statement reads, “The strike will last until the federal and state governments meet our demands.

“We want to use this medium to reiterate our commitment to the smooth running of all tertiary institutions in the country, and the provision of specialised healthcare to all Nigerians.

“However, we need to first of all care for our own health and welfare in order to give standard care to our patient, which is in line with the physician’s oath.”

NARD asserted that the NEC had observed that regardless of efforts by the National Officers Committee, to guarantee that the Federal Government did the needful to avert the strike, it neglected to do so.

It further said that NARD had given two months warning before embarking on the strike when it became evident that the Ministry of Health was not interested in any form of settlement to prevent the industrial action.

It showed how disappointed in the method and manner the government was passing “spurious” information to the citizen.

The resident doctors additionally blamed the government for not holding a resolution meeting at the end of the deadline on March 31.

They stated, “Without prejudice to labour laws and other extant laws of the land, the industrial action had already begun before the MOA was signed, and as such, not tenable.”

How to end banditry, insurgency in the nation – El-Rufai