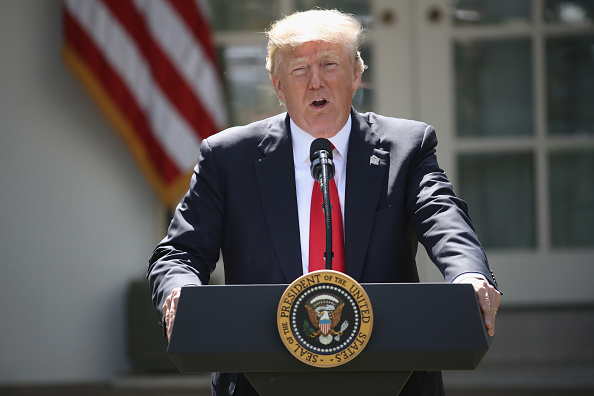 Earlier Pyongyang said it was ready to give Washington a “severe lesson” with its strategic nuclear force in response to any U.S. military action.

Washington has warned it is ready to use force if need be to stop North Korea’s ballistic missile and nuclear programs but that it prefers global diplomatic action, including sanctions.

The consequences of any U.S. strike would potentially be catastrophic not only for North Koreans but also South Korea, Japan and the thousands of U.S. military personnel within range of any North Korean retaliatory strikes.

“North Korea best not make any more threats to the United States. They will be met with fire and fury like the world has never seen,” Trump told reporters at the Trump National Golf Club in Bedminster, New Jersey.

The U.N. Security Council unanimously imposed new sanctions on North Korea on Saturday over its continued missile tests, that could slash the reclusive country’s $3 billion annual export revenue by a third.

North Korea has made no secret of plans to develop a nuclear-tipped missile able to strike the United States and has ignored international calls to halt its nuclear and missile programs.

It says its intercontinental ballistic missiles (ICBMs) are a legitimate means of defense against perceived U.S. hostility. It has long accused the United States and South Korea of escalating tensions by conducting military drills.

U.S. stocks closed slightly lower after Trump’s comment, while a widely followed measure of stock market anxiety .VIX ended at its highest in nearly a month. The U.S. dollar index .DXY pared gains and the safe-haven yen JPY= strengthened against the U.S. currency.

The United States has remained technically at war with North Korea since the 1950-53 Korean conflict ended in an armistice rather than a peace treaty. The past six decades have been punctuated by periodic rises in antagonism and rhetoric that have always stopped short of a resumption of active hostilities.

The Trump administration’s attempts to pressure North Korea into abandoning its nuclear and missile ambitions have so far gained little traction.

U.S. Defence Secretary Jim Mattis has warned of an “effective and overwhelming” response against North Korea if it chose to use nuclear weapons but has said any military solution would be “tragic on an unbelievable scale.”

The United States has 28,500 troops in South Korea to guard against the North Korean threat. Japan hosts around 54,000 U.S. military personnel, the U.S. Department of Defence says, and tens of thousands of Americans work in both countries.

How over 5 million people escaped from ISIS