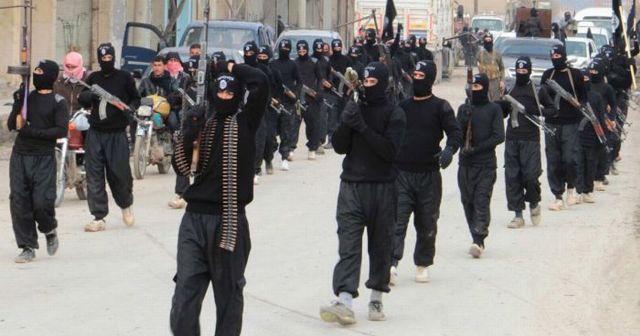 The Pentagon has revealed that over five million innocent people have been liberated from the Islamic State (ISIS) in Iraq and Syria since the U.S.-led air campaign against the terrorist group in 2014.

Pentagon spokesman Navy Capt. Jeff Davis said this in a statement marking the third anniversary of the U.S.-led coalition air campaign against ISIS, which began on Aug. 8, 2014.

Davis said the air campaign was a response to a terrorist army that came seemingly out of nowhere and emerged as one of the most well-funded, fastest-growing and most capable terrorist networks anywhere in the world.

“On Aug. 8, 2014, two FA-18 Super Hornet jets launched from the USS George W. Bush in the Persian Gulf and dropped the first 500-pound laser-guided bombs on fighters near Irbil, Iraq.

“ISIS was more than just an insurgency. They were capable of holding 40,000 square miles of territory and able to launch external attacks in Europe and the United States.

“At one point, they held an area the size of Ohio, eight million people were being ruthlessly held captive by their rule, living in misery, many fleeing their homes.”

He said many were forced into refugee status and into slavery adding, “we saw their depravity in videos that they posted on YouTube.”

“We know that they continue to murder and wound innocent people — using them as human shields and displacing families into refugees.

“And we know that they’re spreading to other places. We’ve seen their attacks in Europe and we’ve seen their influence shift into places like Afghanistan, Mali, and now even the Philippines.”

In the three years since that first air strike, Davis noted, “we’ve worked very methodically over time with our defeat-ISIS coalition, and ISIS’ control has been reduced significantly.

“This includes places where external operations were being hatched and that served as hubs for the flow of foreign fighters in and terrorists out.

“Also, places like Manbij, and now Raqqa, their capital in Syria, which is surrounded and collapsing quickly.”

The Pentagon spokesman noted that all was done with the cooperation of a large coalition, which now includes 73 partners – 69 nations plus the European Union, NATO, the Arab League and Interpol, he said.

“The coalition is progressing and ISIS is facing its inevitable defeat; we will win and they will lose; our campaign against ISIS has been done with the utmost care to minimize civilian casualties.”

He however, expressed regret that even though the campaign had been the most precise in the history of warfare, “civilians do die in war and that’s a sad truth.”

“But the five million innocent people liberated from ISIS would still be living under that brutality and the death toll would be even higher but for our efforts against ISIS,” the Pentagon spokesman said.