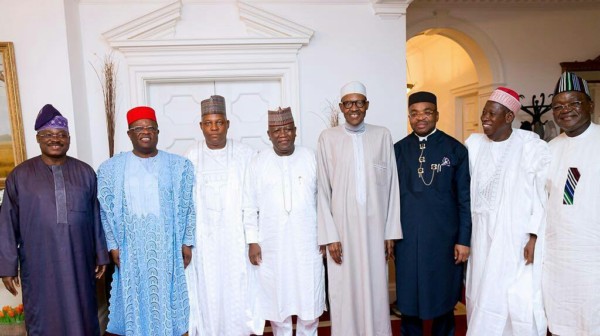 Governor Emmanuel Udom of Akwa Ibom state has revealed that God had answered the prayers of Nigerians as the president’s health had improved tremendously.

Udom, who was one of the seven governors that visited President Muhammadu Buhari in London on Wednesday, stated this while fielding questions from newsmen on “miraculous’’ recovery of the President.

The governor, who had earlier met behind closed doors with the Acting President, Yemi Osinbajo, thanked Nigerians for their consistent prayers for the quick recovery of President Buhari.

“I must also appreciate Nigerians who have prayed sincerely and earnestly for Mr President and I think God has actual answered the prayers of Nigerians.

From what you could see from the photographs you could see that God has actually answered our prayers, so some of us were quite excited to see Mr President welcomed us, discussed with us and he was also happy to see us.

So what you are seeing both on TV and newspapers are genuine and correct.

God has actually healed our president and we thank God for that,” he said.

He also frowned at the attitude of some Nigerians who always perceive Presidents or Governors as superhuman.

According to him, presidents and governors are mortals like any other human being.

“The issue is that we should thank God that God has answered our prayers, that is where I am coming from. And let me also say, some of us behave as if the president and  governors are superhuman.

We are normal human beings, we also have challenges. So let us not think that because we are governors or president we are superhuman.

No, we are not God; we are mere mortals like any of us here. So that should also make us play down on the way we look at certain issues,” he said.

“I see myself becoming a politician” – Reminisce declares