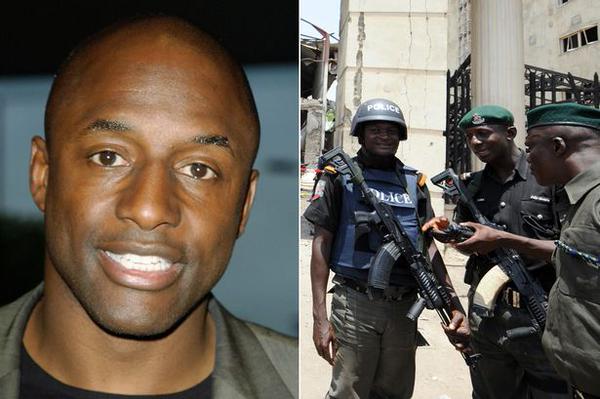 Former footballer and Deal or No Deal host John Fashanu was reportedly held in prison for two days for his involvement in a land scam.

According to Mirror, he acted as a fixer in the scam, selling plots of land that were not for sale.

Fashanu had told a friend he had two contacts who could help him secure “forgotten lands” owned by chiefs unknown to the state.

When the friend went to the land to claim it, he found it was not for sale and not in the hands of the chiefs.

Fashanu had reportedly been arrested at his home in Abuja.

The Deputy Inspector General of Police Hyacinth Dagala said that:

John Fashanu was arrested on July 17 in connection with an allegation of criminal conspiracy and obtaining the sum of N9,550,000 under false pretence.

He was granted administrative bail on July 18 but because of his inability to produce the requisite surety on that day, he remained in detention until July 19 when he was released.

It is reported that the police is still looking for two other men who were involved in the scam.

A friend of Fashanu who spoke to Mirror said: “This is a business deal between friends that has gone south and the police were asked to basically mediate. It will all be sorted very quickly. It was just a business deal.”

Fashanu is said to have given up his British passport to secure bail. He also agreed to pay back the first installment of the money.

Sources also said the former Aston Villa player is looking to sell some of his cars to raise cash as he waits for funds from his numerous business interests to clear in his bank account.

His lawyer has reportedly confirmed he has paid the second installment.

He said: “The matter is being resolved. He won’t be charged to court is my understanding. We are repaying the money and that should settle this matter. The person who made the complaint has been a mutual friend for quite a number of years and we are more interested in keeping that relationship so we are making amends.”

President Buhari has been healed by God – Governor Udom