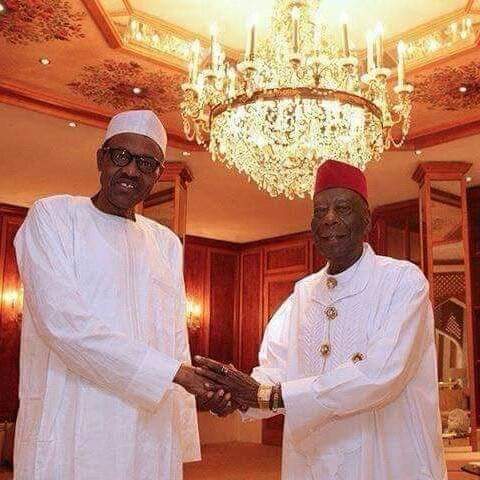 A delegation of Ogoni leaders are set to meet President Muhammadu Buhari on Friday (today) regarding a slow road project.

The Ogoni leaders have taken it upon themselves to complain to the president about the slow pace of work at the Onne-Eleme end of the East-West Road in Rivers State.

The delegation will be led by the President of the Supreme Council of Ogoni Traditional Rulers, HRM Godwin Giniwa, who is also the monarch of Tai kingdom in Ogoni land.

Also, the Senator representing Rivers South-East District in the National Assembly, Barry Mpigi, as well as, leaders of the apex socio-cultural organization of Ogoni known as KAGOTE will be part of the delegation.

Port-Harcourt-based rights activists, Celestine Akpobari, who will represent the civil society organisations at the meeting, disclosed this in Port Harcourt on Thursday.

Speaking on 92.3 Nigeria Info, Akpobari said, “It is on this basis that leadership of Ogoni are paying a visit to Mr President tomorrow (Friday) morning.

“The one agenda meeting to talk about the road; to ask that he remove the road from the Ministry of Niger Delta Affairs and give it to the Ministry of Works so that it can be on the speed lane,” Akpobari said.

Read full article on The Punch.

Related Topics:buhariOgoniRivers State
Up Next