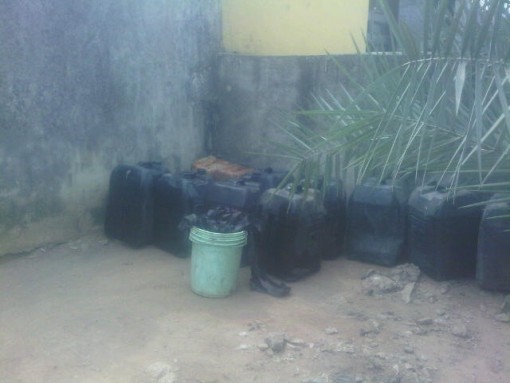 Ogundoyin gave the warning during an interview with the News Agency of Nigeria (NAN) on Thursday in Ile-Ife.

He said that though citizens were encountering scarcity and hike in prices of petroleum products, but people should not because of that buy petrol in jerry cans and store at home.

According to him, lives and properties worth millions of naira have got burnt in the past when people indulged in storing petrol at home during scarcity.

He, therefore, urged all and sundry to desist from the act because of its adverse effect.

Adedoyin also appealed to the Federal Government to ensure that there was enough supply of petroleum products for Nigerians to buy.

He said this would part of the dividends of democracy the government promised the electorate during campaign.

According to him, the electorate that voted politicians into power should not regret that they discharged their civic responsibilities as and when due.

“By now, Nigeria’s refineries ought to be able to produce enough refined crude oil for internal consumptions rather than for the country to still be depending on importation from other countries for survival.

“ Unless we stopped importing petrol; the problem will continue as the only way out for Nigeria is to have enough refineries that can serve all,” he said.

Another PDP Rep Defects To APC