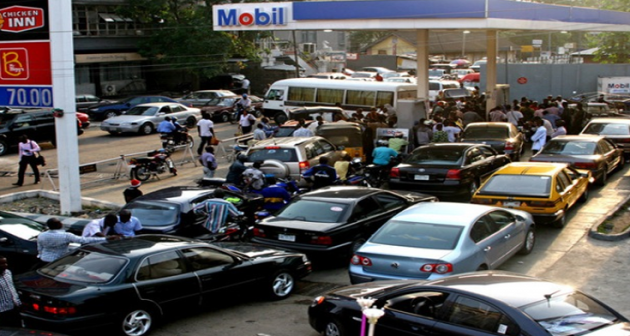 President Muhammadu Buhari has ordered security agencies to beef up surveillance and enforce distribution of petroleum products to intended destinations.

According to Baru, he had briefed the President on issues surrounding the fuel situation including marketers diverting the product and selling above the cap of N145.

He said, “President Muhammadu Buhari has directed that we contain the situation. What I can assure is that Mr. President has already responded as part of the discussion we had yesterday.

“On his Twitter handle, Mr President has indicated that parts of our discussions was to get the regulatory and security agencies to beef up their surveillance and enforcement of distribution of products.

“Part of my briefing to him was that there is still significant hoarding and diversion where trucks that are loaded to supply products to specific stations get diverted elsewhere as well as smuggled out of the country.

“Mr President’s immediate response was to direct the boarder agencies as well as internally, the security and regulatory agencies to ensure that all trucks that are loading deliver to the stations they are meant to deliver.’’

Baru, while fielding questions assured Nigerians that petroleum product was available, adding that in spite of high landing costs, the price of petrol would not increase.

“We need the people to understand that we have products but the issue of diversion, smuggling, profiteering have been brought to the fore.

“Appropriate sanctions would be meted out. Price would not increase despite landing costs of fuel. The landing cost goes with the Cost Insurance Freight (CIF) price of petrol.

“As of Friday, the CIF price was in the neighborhood of 620 dollars per metric tonne with the official exchange rate of N305 to the dollar, the loading cost should be N171.40 per litre.

“I urge marketers to do what they were doing before which is selling below the cap of N139 to N145  per liter. If the landing costs is N171 and we sell to marketers at N133.28, they still have profit.

“I urge them to make the lives of Nigerians more comfortable. There would be no price increase of petrol,’’ he reiterated.

He said the queues would disappear in two days maximum as about 13 vessels were presently discharging petroleum products at various seaports across the country.

He said the vessels had a total of 650 million litres, more vessels were expected to berth before the end of the week.

“Hence, the Navy, NIMASSA , Customs and all stakeholders have been directed by the Federal Government to expedite clearance and anchorage services to facilitate speedy products transfers to various depots.

“In addition to regular supply circle, NNPC has programmed the delivery of additional 300 million litres in December 2017 to January 2018 to beef up national reserve to 45 million litres per day,’’’ he said.
He said the Department of Petroleum Resources, Petroleum Equalisation Fund and the Petroleum Products Pricing Regulatory Agency have scaled up monitoring activities to ensure seamless and compliant loading and dispensing of petrol nationwide.

He said that with the appreciated all stakeholders and urged Nigerian to stop patronising black marketers as adequate products were available to serve all.

Commenting on allegation by marketers that government wants to increase the pump price due to the high Landing cost, he described it as false.

Baru went round various filling stations in Abuja and interfaced with motorists and station managers, urging for calm and assuring that an end was in sight to the long queues. (NAN)

Tinubu calls for support for Buhari to overcome economic challenge