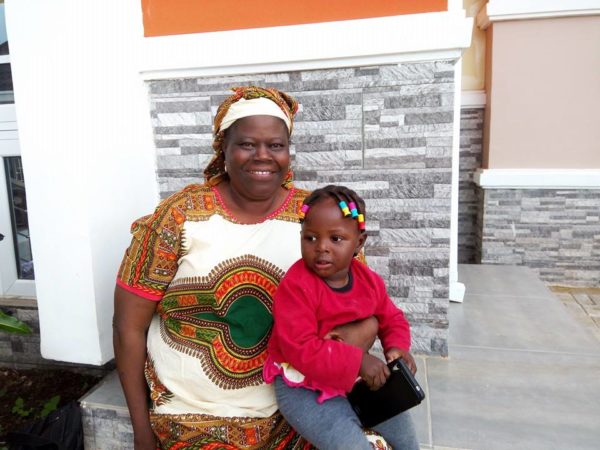 Dr. Rebecca Dali, the Nigerian Chief Executive Officer, Centre for Caring, Empowerment, and Peace Initiatives (CCEPI), has won the 2017 Sérgio Vieira de Mello award in recognition of her humanitarian services in the North-East, the News Agency of Nigeria (NAN) reports.

Mr Hanson Tamfu, the External Relations Officer, United Nations High Commission for Refugees (UNHCR), Nigeria, told NAN on Tuesday in Abuja that the award ceremony would take place on Aug. 21 in Geneva during the celebration of this year’s World Humanitarian Day (WHD).

He said that the award is conferred biennially, to draw the world’s attention to the unnoticed efforts by individuals, groups and organisations “doing something special and unique to reconcile people and parties in conflict’’.

Tamfu said that Dali was recognised because her centre was “at its best’’ in caring for women, children, and orphans, the most vulnerable populations in North-East, ravaged by seven years of insurgency.

He told NAN that the nomination letter for the award was co-signed by the Chairman and President of the Sérgio Vieira de Mello Award Foundation, Anne Willem Bijleveld and Laurent Vieira de Mello on July 16, 2017.

According to him, excerpts of the letter read, “The jury of the Sergio Vieira de Mello Award has decided to grant its 2017 Award to you.

“This is in recognition of the courageous efforts of you and the CCEPI to promote the re-integration of returning women abducted by the Boko Haram group back into their local communities.

“As the communities resisted their re-integration, your negotiation skills and reconciliation efforts played an important role in their successful re-integration.’’

The CCEPI, he noted, had been taking care of children born of girls abducted by Boko Haram who are referred to as “bad blood children’’ in the southern part of Borno State.

Tamfu said that Dali has been instrumental to the re-integration of women who lived with Boko Haram in spite of resistance from the integrating communities, as
she advocated against the double victimization of the women.

According to him, Dali was the first humanitarian actor to set up a livelihood programme for Internally Displaced Persons (IDPs) and returnees in Madagali and Michika local government areas of Adamawa.

He said that the centre took the risk of reaching areas considered inaccessible and dangerous at the peak of the Boko Haram activities at a time when other NGOs could not.

In his reaction, Mr Cesar Tschilombo, Head of UNHCR sub-office in Maiduguri, described Dali as “an exceptional lady with humanitarian passion of pushing things to make them happen’’, Tamfu said.

According to him, Tschilombo said that the CCEPI has been partnering with the UNHCR in profiling and vulnerability screening of IDPs, distribution of non-food items and in identifying those that required urgent medical attention.

He said that aside the UNHCR, CCEPI had worked with other organisations, including the International Rescue Committee (IRC), when it commenced humanitarian operations in the North-East in 2014.

In her reaction, Dali was said to have expressed delight at the honour and recognition.

She said that the award had come to assuage the sadness for the disappearance of her son in the 2011 Jos crises.

“Indeed, the award is like a miracle to me because I never expected it.

“I feel as if I do not deserve any praises for the work I do because it is service to humanity and to my people.

“I dedicate this award to God almighty, all my donors including the UNHCR, who have enabled me to be internationally visible.’’

NAN reports that the award has a symbolic cash prize of about N6.6 million.

The World Humanitarian Day is usually celebrated on Aug. 19 to honour the 22 aid workers who died bombing of the UN headquarters in Bagdad in 2003, among whom was Sergio Vieira de Mello.

It is also a day to commemorate all those who have lost their lives in humanitarian service and to celebrate the spirit that inspires humanitarian workers around the world.

Sérgio Vieira de Mello was a Brazilian diplomat who worked for the UN for more than 34 years, earning respect and praise around the world for his efforts in the humanitarian and political programmmes of the world body.

Toke Makinwa reveals why she was asked to withdraw from Unilag