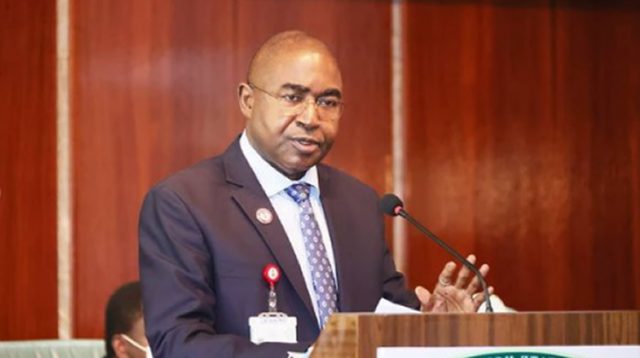 The appointment is contained in a statement signed and issued by Dr. Aloysius Inanna Nworisa, the Deputy Zonal Commander in   the zone.

Barrister Friday Akpara will oversee narcotics activities in three States under the Imo NDLEA Zonal Command, which include   Anambra, Abia, with Imo as its headquarters.

Until his appointment, Barrister Akpara worked as the Deputy Director Projects and Maintenance at the National Headquarters   and as Commander Idiroko Special Area Command. He also served as Assistant State Commander in Niger and Delta States,   respectively.

The creation of the Imo Zone by the NDLEA Chairman will tackle the increasing waves of drug abuse, trafficking and criminality in   the South-East Zone.

Barrister Akpara will be embarking immediately on a tour to the three States under his command where he will mobilize both state   and non-state actors, as well as stakeholders against the menace of drug abuse, trafficking, and their attendant consequences.

From 1996 to 1999 Bubu Maruwa was Military Governor of Lagos State. During his administration, he implemented programs such as “Operation 250 Roads” which greatly improved motoring conditions.

Oyetola describes Shonekan as an industrialist who was selfless