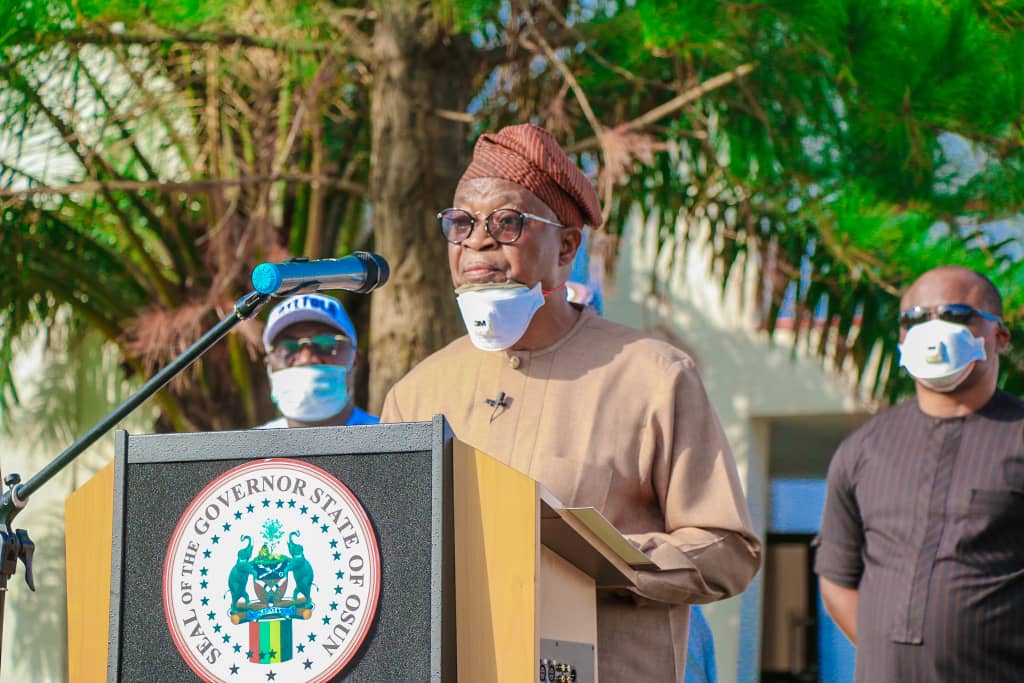 Governor Adegboyega Oyetola of Osun State has described late Chief Ernest Shonekan as a leader who will be remembered for his selfless, courage and patriotic service to Nigeria at a very challenging time.

The governor further stated that Chief Shonekan was an elder statesman and industrialist whose exceptional qualities in and out of office demonstrated strong commitment to the peace, unity and development of Nigeria.

Gov Oyetola stated this in a condolence message signed his Chief Press Secretary on Tuesday.

While noting that he received the news of the demise of the former head of the Interim National Government with sadness, the governor added that his demise had created a gap that would take long to close.

“I pray God grant the soul of Chief Shonekan eternal rest and give his beloved wife, family and the people of Ogun State the fortitude to bear his loss.”

Ernest Adegunle Oladeinde Shonekan GCFR (9 May 1936 – 11 January 2022) was a Nigerian lawyer and statesman who served as the interim Head of State of Nigeria from 26 August 1993 to 17 November 1993. He was titled Abese of Egbaland from 1981 (in addition to a variety of other chieftaincy titles).