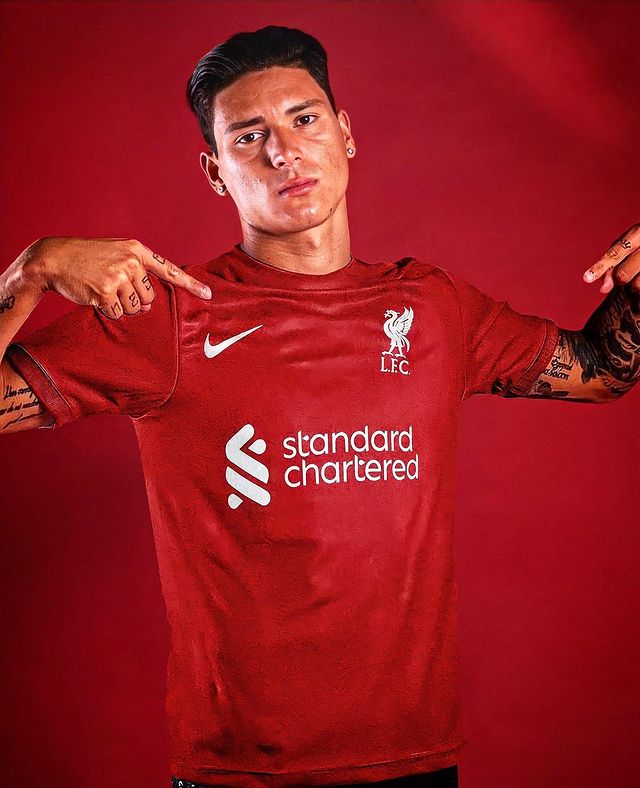 After loosing star sensation to Barcelona, Liverpool finally have their Luis Suarez replacement.

Ever since Uruguayan striker, Luis Suarez left Liverpool, they have never been able to find a like for like attacker as his replacement.

Of course, they’ve had so many classed attackers in Salah, Daniel Sturridge, Sadio Mane, Roberto Firmino, Origi and Diogo Jota, it can be said none of them operated as better as the former Barcelona player did as a Liverpool number 9.

They’ve all scored a number of goals, outrageous in itself but never a goal poacher who acts as a marksman in the box since the Uruguayan departed Anfield.

It can even be debated that aside Daniel Sturridge and Divock Origi, the others were wingers than straight up number 9s.

But that is about to change for Liverpool as the club has gone all out to get themselves another Uruguayan starlet, Darwin Nunez who just like Luis Suarez, offers a deadly bite within the box, and operates as a marksman.

The signing after days of speculations was reportedly confirmed by sources close to the clubs involved in the deal.

The Uruguayan will be signing a 6 year deal that runs till 2028 to stay at Anfield after a club record deal of €80 million and €20 million in additional bonuses was agreed between Benfica and Liverpool.

Jurgen Klopp going for an out and out striker who occasionally drifts to the left flank while operating, offers surprises in the coming season.

It remains to be seen if the signing will be to the favor of all parties.

That being said, interesting times lie ahead in the Premier League.

Darwin Nunez is scheduled for his medicals at Anfield tomorrow after being exempted from the Uruguayan friendly game on Saturday.

Lionel Messi takes his tricks to the Movie Industry