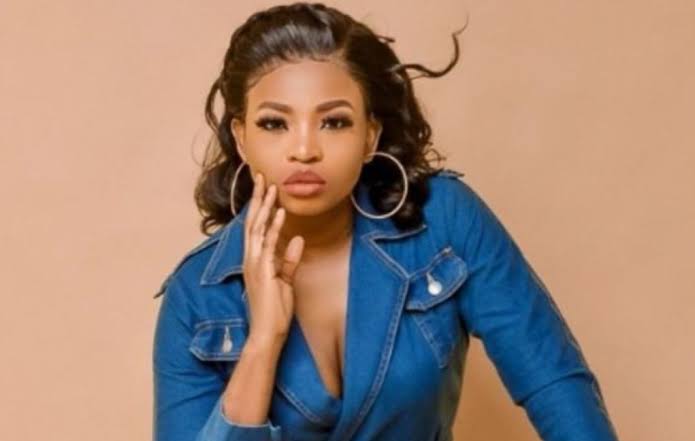 Former Big Brother Naija housemate, Cindy Okafor has stated that gone are the days when she used to spend money on men she used to date.

The reality show star revealed this during an interview with Sunday Scoop. According to her, there are some qualities she would love to see in men before they can be involved in any form of relationship.

Highlighting certain qualities in men she loves, she said;

“He has to be tall because I am obsessed with very tall guys. He must be good looking to an extent and know how to dress. The main thing for me is that he has to have common sense. Even if we gossip and play, I want us to connect mentally. He must have something going on for him because gone are the days when I spent money on guys. He must be very comfortable. I also hate lies and it turns me off in a man.”

Continuing further she claimed she has no issue in collecting money from men, but no man could give her the kind of money she is looking for.

“I am not saying I will date a broke guy but he has to be hardworking and he has to have something going for him. But the conversations of some women are always about men doing things for them financially. I don’t have any issue collecting money from my man but the type of money I am looking for, I don’t think any man can give it to me. That is why I have to hustle.”

Cindy appreciated the reality show, BBN for opening a platform to acquire fame, she said, “Although I worked hard, Big Brother Naija gave me fame. They did the whole magic and I will be forever grateful to them. There have been major changes in my life after I participated in the reality show. There was a change in status. I had more fans and that resulted in more money. It is the best thing to ever happen to me in terms of my career, finance, fashion and other areas.”

The actress added that she does not feel pressured to portray a fake lifestyle on social media. She said, “I do not always like to share all my achievements. I just make posts about my business and make people laugh on my page. I want to start a blog and people will start seeing a lot of my accomplishments soon. I don’t feel any pressure to live in a certain way. People who will praise one today will condemn one tomorrow when small things happen to one. If you do not have a ‘strong mind’ (thick skin) like Bobrisky, I would advise you to keep some aspects of your personal life to yourself.”

Motherhood changed me more than marriage did – Simi reveals