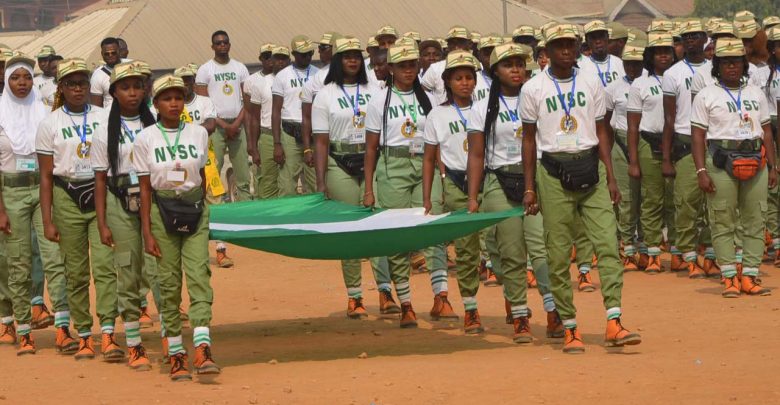 Once again, the Federal Government has ignored a recommendation by the Economic Sustainability Committee led by Vice President Yemi Osinbajo and decided to re-open orientation camps nationwide next Tuesday amid rising COVID-19 infections.

The Osinbajo-led committee had in June 2020 recommended that while the National Youth Service Corps programme could continue, the three-week orientation exercise should be suspended for two years.

The recommendation read in part, “The immediate focus in the education sector is to address the disruptions caused by the pandemic and ensuring social distancing measures at all levels of education.

“In a similar context, consideration will be given to suspending the National Youth Service Corps orientation camp exercises for at least 24 months while allowing deployment to places of primary assignment. This will ensure that there is no backlog in the national service placement pipeline.”

It was learnt that when the spread of COVID-19 dropped late last year, camps were re-opened in November but the nation again recorded a surge.

A top health official said the increase in activities including the re-opening of NYSC camps and the #EndSARS protests contributed to the spike in COVID-19 cases which has now exceeded 100,000.

He said, “The whole world knows that increased human interactions lead to an increase in COVID-19 infections. Even in the UK and the USA, schools have been re-opened and shut at different times but the key thing is to reduce human interaction as much as possible.

“The truth is that re-opening of NYSC camps is avoidable. Corps members could have been given virtual orientation lectures and posted to their places of primary assignment. That was what the Vice-President’s committee recommended. There is no way these camps will not record infections.

“Will there not be human interactions? Wouldn’t there be physical activities, sports or marching parades? Would corps members be wearing masks inside the hostels?”

A presidential aide, however, said he had no clue as to why the recommendation of the vice president was ignored.

“We are all surprised that the NYSC is going ahead with re-opening orientation camps at a time when infections are increasing. It is completely avoidable because the orientation can be done online and corps members can get their postings afterwards,” the aide said.

He had yet to reply a text message sent to him as of the time of filing this report.

The message sent to him read, “Good evening sir. We want Presidency’s reaction to the fact that the NYSC shunned recommendation by ESP led by the VP that orientation camps be shut for at least two years because of COVID-19. Thank you sir.”

However, when asked why the government was going ahead with the orientation exercise, a source in the Federal Ministry of Youth and Sports Development told this newspaper that the government had bowed to pressure due to economic considerations.

He said some persons had been given NYSC contracts, adding that closing orientation camps could lead to huge losses.

The source said, “About 90 per cent of the budget of the Federal Ministry of Youth and Sports Development goes to the NYSC. You can check it. There is no way the government will suspend the orientation programme for two years. The orientation camp is a key component of the NYSC. Contracts have been given.

“It was just like when the Federal Ministry of Humanitarian Affairs insisted on continuing with the school feeding programme even when schools were shut during the lockdown.”

Speaking on why the Federal Government was going ahead with the orientation exercise despite the recommendation by Osinbajo’s committee, the Director-General of the Nigerian Centre for Disease Control, Dr Chikwe Ihekweazu, said the government could not stop all activities because of COVID-19.

Ihekweazu said this while reacting to a question from our correspondent at a virtual briefing of the World Health Organisation on Thursday.

He said, “From the beginning of this outbreak, every country has had to make hard decisions and if you are not in that decision-making seat, you probably don’t understand how hard this is. Do you stop a child from going to school for one year or do you manage this outbreak and close schools? We cannot afford to close down schools, close everywhere, working places, close ports. It is just not possible.

“So, we have got to find a way to continue moving forward with certain aspects of daily life in a controlled way, mitigating risks as much as possible.”

The NCDC boss said measures had been put in place just like in November 2020 to ensure that NYSC camps were safe.

Meanwhile, the Director of the NYSC, Brig. Gen. Shuaibu Ibrahim, stated that there would be no changes in the routine at the orientation camps. He, however, said there would be physical distancing.

He stated this on Friday at a sensitisation webinar for the 2020 Batch B Stream II corps members.

Responding to a question, he said, “No changes in the routine just that you will be observing social distancing.”

However, the NYSC Camp Safe Reopening Project Lead, Dr Oyeladun Okunromade, said there would be no religious gatherings on camp.

Okunromade said corps members would be tested for COVID-19 upon arrival at the orientation camps, adding that those who test positive for the virus would be isolated at approved NCDC health facilities while those who test negative would be allowed on camps.

She said a maximum of 200 corps members would resume daily, adding that the orientation exercise would still hold for 21 days.

Okunromade said, “There won’t be any form of religious gatherings in the camps. We encourage virtual activities. Mammy Market (activities) have been significantly reduced in line with the new normal. There won’t be any sitting down with friends to dine at the market but there will be take away.”

A virologist and Chairman, Expert Review Committee on COVID-19, Prof. Oyewale Tomori, said he did not have all the details noting that there was a need for proper planning to avoid what is going on at the enrolment centres of the National Identity Management Commission.

“The question is how do you put people together like that under that condition? They have not told us how they plan to do it. I don’t know how many people will be in the camps. Maybe they have made their plans,” Tomori said.

Meanwhile, medical doctors from different parts of the country have faulted the plan by the National Youth Service Corps to open its orientation camps across the country and mobilise graduates for national service amid the ranging COVID-19 second wave.

Related Topics:featureNYSC COVID-19
Up Next