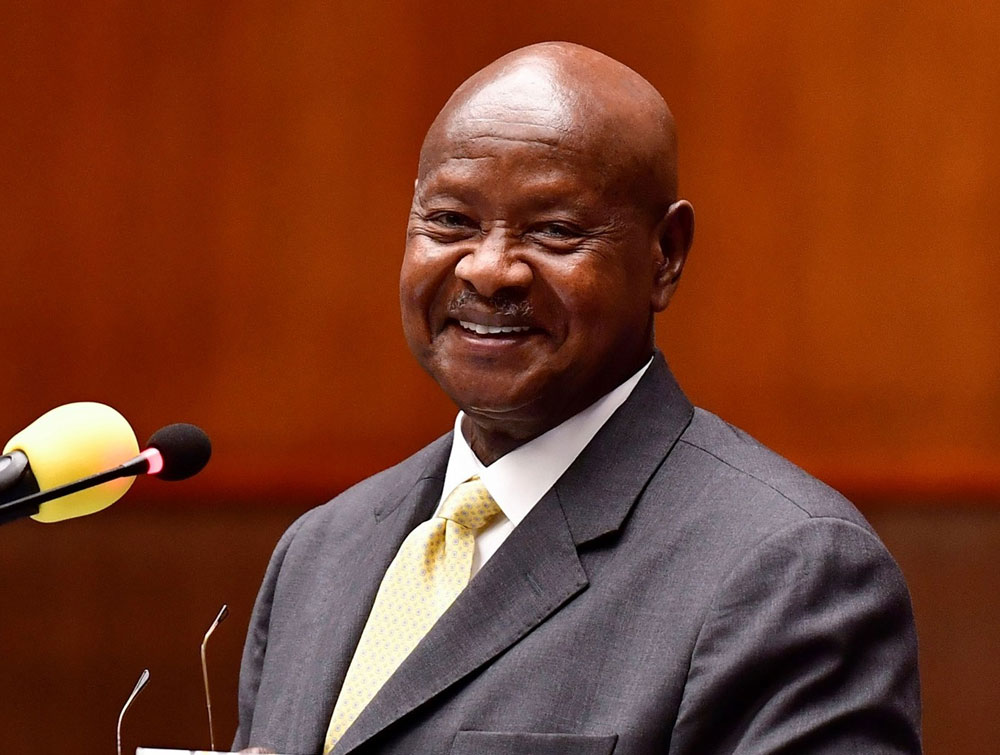 Uganda’s Yoweri Tibuhaburwa Kaguta Museveni who has been President of Uganda since 1986 has won a sixth term in office, extending his 35-year rule after an election that took place under heavy security and an internet blackout, and which his main rival said was marred by fraud and violence.

The 76-year-old leader, who took power in 1986, is one of Africa’s longest-serving presidents and was accused of crushing the opposition and media ahead of one of the most violent election campaigns in recent years.

Museveni won with 58.6 per cent of votes, seeing off a stiff battle from the former ragga singer Bobi Wine, 38, whose turn to politics fired up a youthful population where three quarters are under 30 years old.

Wine was under heavy guard at his home on the outskirts of Kampala as results were announced, with his party saying he was under “effective house arrest”, while the government said it was merely providing him with security.

The singer-turned-MP was among 10 opposition candidates and came second with 34.8 per cent of the votes.

Amid the election, Bobi Wine claimed via his official Twitter handle that military men jumped over his fence and took control of his home yesterday.

Museveni is one of the world’s longest-serving leaders and has been in the top job since seizing control in 1986 when he helped to end years of tyranny under Idi Amin and Milton Obote.

Ugandans have been repeatedly reminded of his image as a liberator and peace-bringer.

But the former rebel leader has crushed any opposition and tweaked the constitution to allow himself to run again.

The US, EU, UN and global rights and democracy groups have raised concerns about the integrity and transparency of the election.

The United States, a major aid donor to Uganda, cancelled a diplomatic observer mission after too many of its staff were denied permission to monitor the election.

Besides an African Union mission and East African Community there was no major international group watching over the vote.

The Electoral Commission denies Wine’s disputes that there was vote-rigging.

But poll monitors have criticised the government closure of internet access and social media and messaging apps.