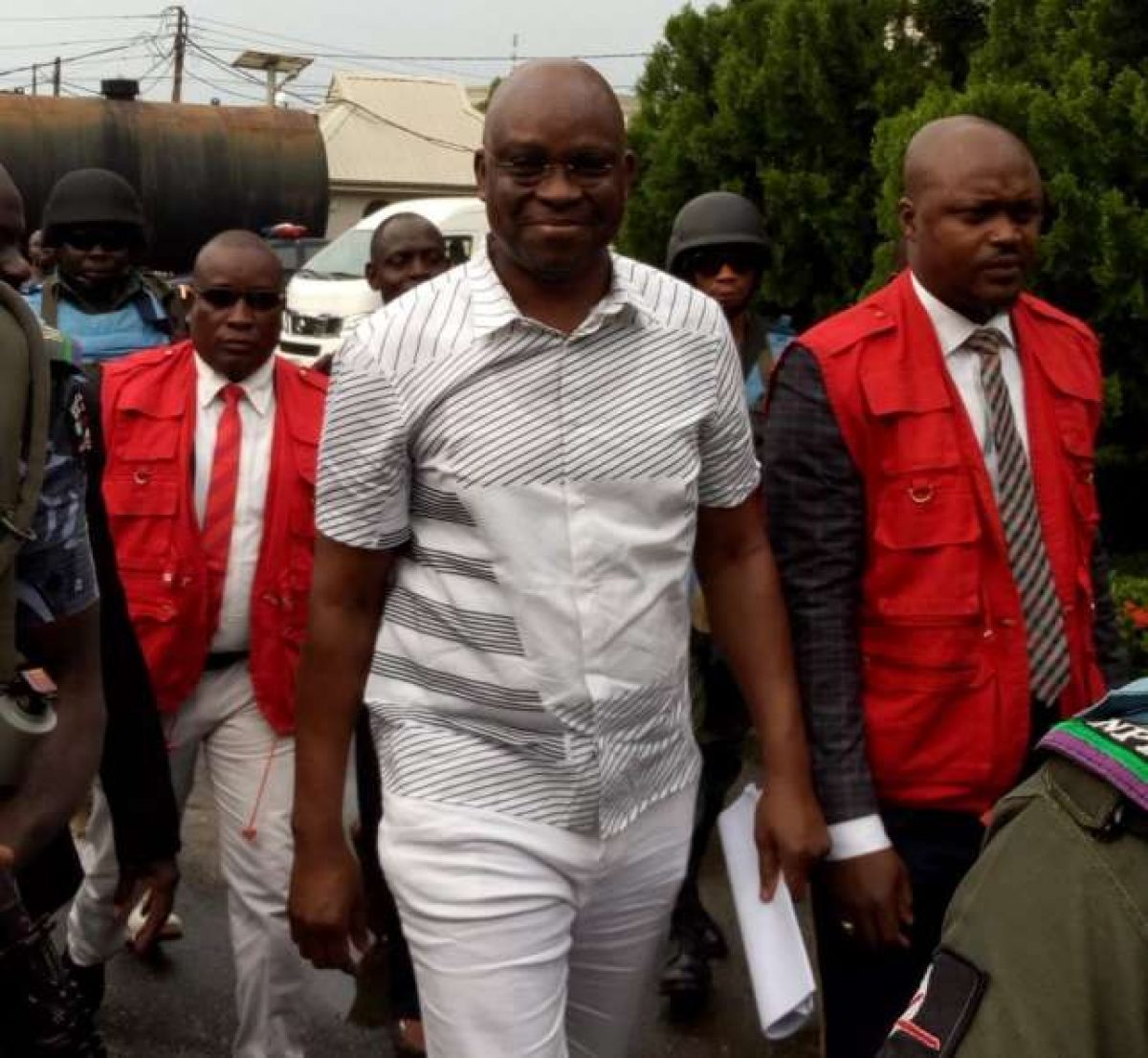 The Economic and Financial Crimes Commission has re-arraigned former Governor of Ekiti State, Ayodele Fayose, and his company, Spotless Limited before a Federal High Court sitting in Ikoyi, Lagos, TopNaija can confirm.

Fayose and his company were re-arraigned on Thursday before Justice Chukwujekwu Aneke on 11 counts bordering on money laundering and non-declaration of assets.

The amended charge, dated November 24, 2021, was filed by the Economic and Financial Crimes Commission on November 25, 2021.

In the amended charge, Fayose and one Abiodun Agbele, who is also standing trial on alleged money laundering offences before another division of the court, were alleged to have on June 17, 2014, taken possession of N1.219 billion to fund Fayose’s 2014 gubernatorial campaign in Ekiti State.

They were accused of committing criminal breach of trust, theft, and stealing of public funds.

Fayose denied the allegations and pleaded not guilty to all the 11 counts after which they were allowed to continue with the previously granted bail terms.

Before his re-arraignment, Mrs Joanne Tolulope, one of the 11 witnesses being called by the EFCC, while being cross-examined by Fayose’s counsel, Ola Olanipekun (SAN), affirmed that her company, Still Earth Limited, only dealt with Mr Abiodun Agbele, Fayose’s associate.

After the cross-examination, the EFCC’s counsel, Mr Rotimi Jacobs (SAN), informed the court that a newly amended charge had been filed and he sought the court’s permission to re-arraign Fayose.

Fayose and his company were subsequently re-arraigned on the 11 counts bordering on money laundering and non-declaration of assets.

Fayose’s trial will continue on Friday before Justice Aneke, as the EFCC will be calling 12 witnesses to testify against him.

Justice Mohammed Idris had granted the EFCC on June 24, 2016 an order to freeze all the funds in the said accounts in Zenith Bank. Two accounts belong to Governor Ayo Fayose while the third belongs to his hotel Spotless Hotel in Ado Ekiti. The fourth account was operated by one of Fayose’s aides, Abiodun Agbele, who is under EFCC custody.

The EFCC had alleged that those accounts possessed funds, said to be about N4.7 billion (US$20mn) stolen from the office of the National Security Adviser, with most of the money secretly retained by Fayose for his personal use after the election.

EndSARs panel reveals how the arrived at ‘massacre’ report