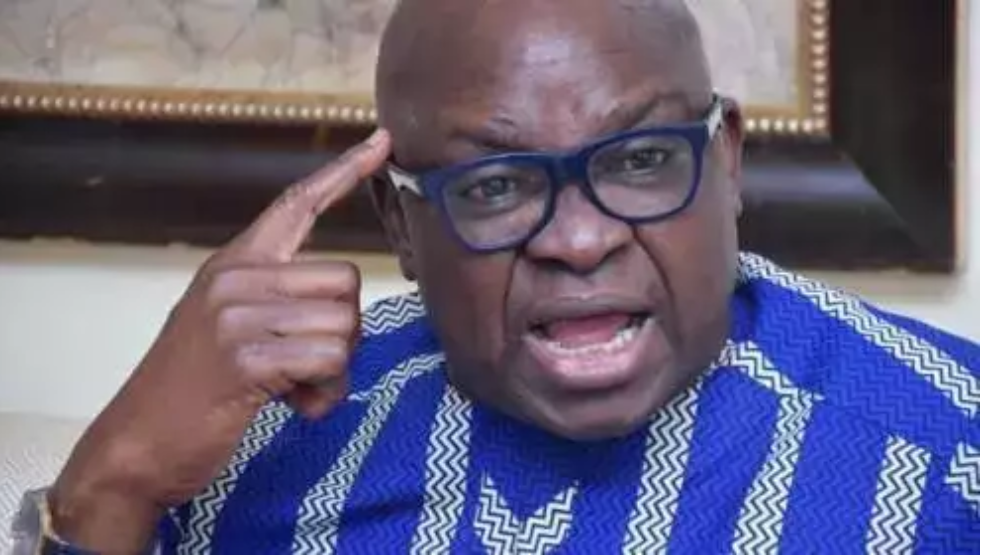 Ayodele Fayose, an Ex-Governor of Ekiti State, has alleged that the presidency under President Muhammadu Buhari has become the employer and defender of Boko Haram terrorists and armed bandits.

Strongly opinionated Fayose said that the current security situation in the country is enough for “President Muhammadu Buhari and his men to wear sackcloths and cover themselves with ashes, they are seen making merry as if nothing has happened.”

The former Governor also suggested to Nigerians to start restricting their movements in order to avoid falling victims to bandits and terrorists.

Fayose noted that at the moment, nowhere is safe, adding that terrorists have taken over the entire country.

In a statement signed by his media aide, Lere Olayinka, and made available to newsmen on Sunday, Fayose said that the issue of Minister of Communication and Digital Economy, Isa Pantami has further exposed the government’s hypocrisy and complicity.

“It is saddening and worrisome that spokesmen of the president were the ones going from one media house to another to defend someone who openly supported terrorists,” he said.

Fayose cried out that over 300 Nigerians have been killed across the country in the last three days with several others in captivity.

The Peoples Democratic Party, PDP, chieftain lamented that people who were at one time or the other nominated as Boko Haram negotiator are governing the country.

Fayose said with the killing of Nigerians from the North, South, East and West, it was certain that Nigerians must be impatient to send this APC government out in 2023.

“It is funny that today, if those running the affairs of the country are not telling us that armed bandits must be seen as innocent until proven guilty, they will be saying offence of forgery is more grievous than open declaration of support for terrorists.

“Because of their inability to take decisive actions against these terrorists that they appear to have sympathy for, Nigeria is no longer safe for anyone to live in.

“Our roads have been taken over by terrorists while Nigerians, including traditional rulers are now being abducted right inside their bedrooms,” the former Governor added.