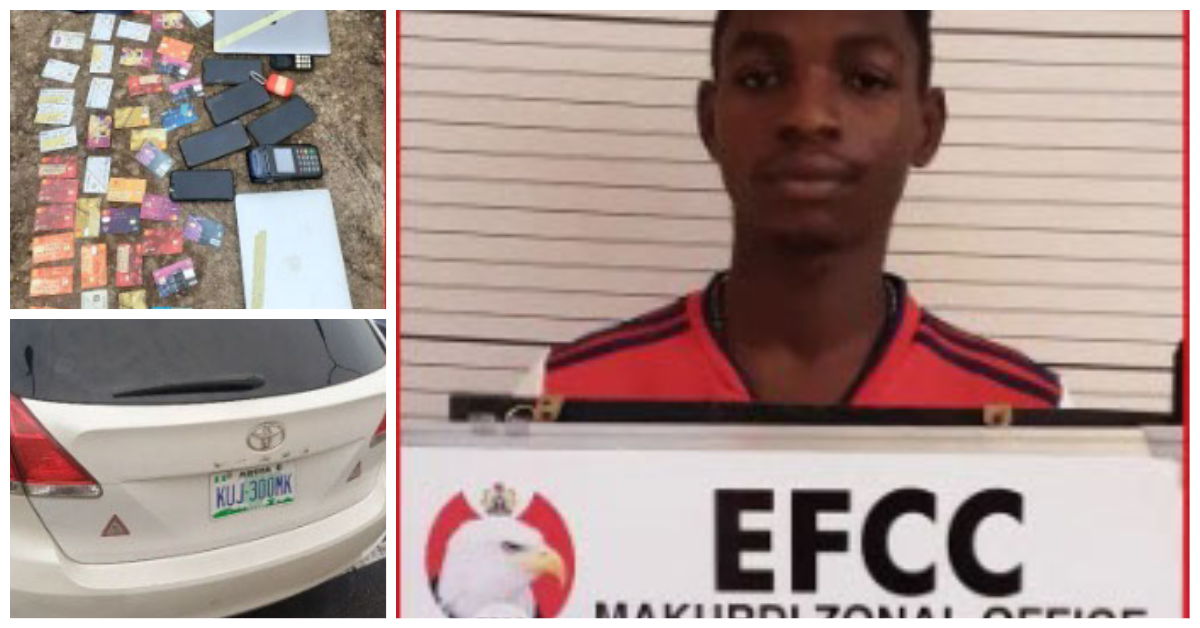 A Bene State University graduate has been nabbed by the Economic and Financial Crimes Commission, EFCC for alleged ATM card fraud.

The 27-year-old suspect, identified as Nwamannah Chuks Ifeanyi happens to be an indigene of Ogba/Egbema/Ndoni Local Government Area of Rivers State.

In a statement released by the crime agency, 41 ATM cards from different banks, bearing various names, were found on the suspect and recovered.

Other items recovered from him also include a Toyota Venza car with Registration Number KUJ 300 MK, one PoS Machine, two Apple Laptop computers, six iPhones, one Nokia torchlight, one Apple wristwatch, and one Driver’s license.

Ifeanyi who works as an agent for a soccer betting company claimed he uses the ATM cards for Chargeback, a fraudulent act of using an ATM card to withdraw money, and afterwards call the bank to dispute the transaction and ask for a reversal.

The commission says he will be charged to court as soon as the investigation is concluded.