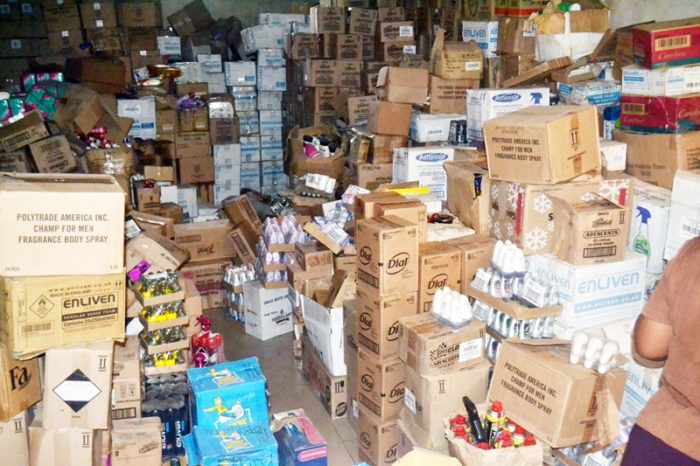 Prof. Christiana Adeyeye, Director-General of the National Agency for Food and Drugs Administration and Control (NAFDAC), on Monday called on Nigerians to report any form of illegal drug production in their environments.

Adeyeye made the call at the ongoing 8th Annual Symposium of the Health Writers’ Association of Nigeria (HEWAN) in Lagos.

The director-general was represented by Mrs Abayomi Bolaji, a Deputy Director in the agency.

The symposium had the theme “The Menace of Counterfeit Drugs, the Role of Regulatory Bodies’’.

“One of the greatest challenges of the agency is shortage of manpower because Nigeria is a large and complex country, and its little manpower cannot be everywhere.

“We are calling on the public to blow the whistle whenever they discover any form of illegal manufacturing or production of drugs within their vicinity.

“Blow the whistle; most of these illegal productions of drugs are done in the night. We will ensure utmost confidentiality.

“NAFDAC will neither relent nor waver in the fight until the battle is won,” she promised.

The director-general said that counterfeit drugs had many health and economic consequences.

“The result of the use of fake drugs can be poisoning, treatment failure, untreated disease and death,’’ she said.

Adeyeye said that the magnitude of drug counterfeiting was much and required strong and sustained actions from governments, the industry and consumers.

She highlighted strategies being used by NAFDAC to eradicate drug counterfeiting to include sustained public enlightenment and collaboration with national and international agencies.

According to her, the agency had also engaged in capacity building of its staff, reviewed NAFDAC laws and applied cutting edge technologies to tackle drug counterfeiting.

Adeyeye appealed to stakeholders and other members of the public to join hands with NAFDAC in the fight against drug counterfeiting.

In his remarks, Dr Emmanuel Enabulele, Chairman, Board of Trustees, HEWAN, said that, with adequate collaboration, Nigeria would win the fight against drug counterfeiting.

He thanked NAFDAC for sharing knowledge with the journalists, and expressed the hope that the relationship between the agency and the media would continue to yield fruitful results.

#INTERVIEW: The Story Of How Singapore Became a Research Nation