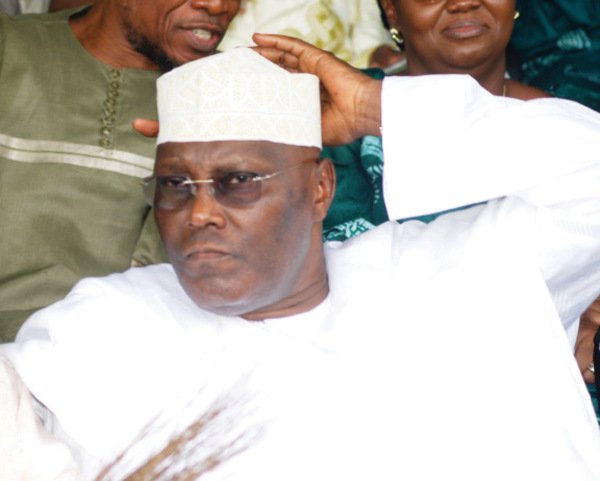 According to This Day, he is exploring a possible return to the party and to contest on its platform in the 2019 presidential election.

The discussions are coming on the heels of the pressure from the Adamawa chapter of the PDP asking Atiku, who is currently a chieftain of the ruling All Progressives Congress (APC), to return to the party now that its leadership crisis has been resolved.

In the past, Atiku contested for the presidency, once as a candidate of the defunct Action Congress (AC). He also made two unsuccessful attempts to secure the presidential tickets of the PDP and APC.

It is understood that his ambition to rule Nigeria has not diminished and he is willing to stand again for the fourth time.

A PDP source said some of the past and current Governors of the party are open to his return and his presidential aspiration.

“The secret discussions are ongoing with a wing of the leadership of the PDP and this has encouraged the former vice-president to start consultations with critical leaders in the northern and southern parts of the country.

“However, Atiku has informed the PDP leaders who have approached him to guarantee him the nomination of the party for the presidential election before he can leave the APC, as he does not want to be messed up for the third time,” the source said.

10 things to note from Nigerian Newspapers this Monday morning