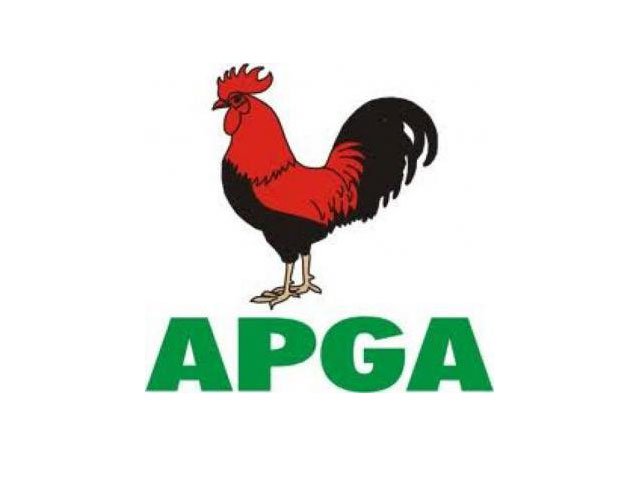 Dr Victor Oye, National Chairman of the All Progressive Grand Alliance (APGA) has blamed the current fuel scarcity in the country on corruption and confusion in country’s petroleum industry.

Oye said this in an interview with the News Agency of Nigeria (NAN) in Awka while reacting to the situation on Saturday.

He said it was unfortunate that the cartel responsible for the hardship inflicted on Nigerians had not been defeated but were rather dictating the pace in the system.

Oye said there was need for clear delineation of powers and functions of the offices of the Minister of State for Petroleum and that of the Group Managing Director of the Nigerian National Petroleum Cooperation (NNPC).

Oye described scarcity as a seasonal period when the poor suffered so that the rich could be richer, adding that it was beyond the control of filling station operators.

“There are a lot of factors affecting fuel distribution in Nigeria and this bothers on sharp practices in the various agencies involved in the system like the Petroleum Products Pricing
Regulatory Agency, Department of Petroleum Resources and the NNPC.

“We hear about corruption is responsible for the problem of fuel distribution in this country,

“what we have now is the consequence of the rot in the petroleum industry, when you keep pilfering a system, there will come a time when the entire system will feel the pressure.

“When we hear about billions of dollars about the size of our External Reserve not being properly accounted  for by NNPC, few persons are having money and and houses all over the world without questions about how they made this money.

“There is cartel in the oil industry, as we are groaning now, they are smiling to the bank.

“My definition of scarcity is the time of the year when the poor suffers for the rich to enjoy, that amount you pay on top of N145 per litre goes to the pockets of this cartel or cabals

“I am aware that Buhari said Dr Ibe Kachikwu should end the scarcity as soon as possible but it is not going to be possible.

“We need to know the powers available to the Minister of State for Petroleum and what powers are at the disposal of the NNPC GMD, the conflict between the two offices is accountable for what we are witnessing today,” he said.

The APGA chairman called on President Mohammadu Buhari to reduce the tasks in his hands by appointing a substantive Minister of Petroleum who will supervise the ministry more closely with the capacity to act on policy issues.

“The president cannot handle the position of Minister of Petroleum very close as he would have wished in the light of the numerous things at his hands, that position is sensitive,  he needs to hand it over to a professional.

“Buhari is not getting younger, he just recovered from ill health and I am one of his prayer warriors so he should listen to people like us, he should unbundle himself and the system.

” Kachikwu is competent to do the job but they are breathing down his neck, they are not allowing him to work because of reasons I cannot tell.

“The president needs political and will power to fight corruption, if you don’t fight corruption, there is no way you can end fuel scarcity, because some people make  millions out of it, it is a seasonal business for them,” he said.