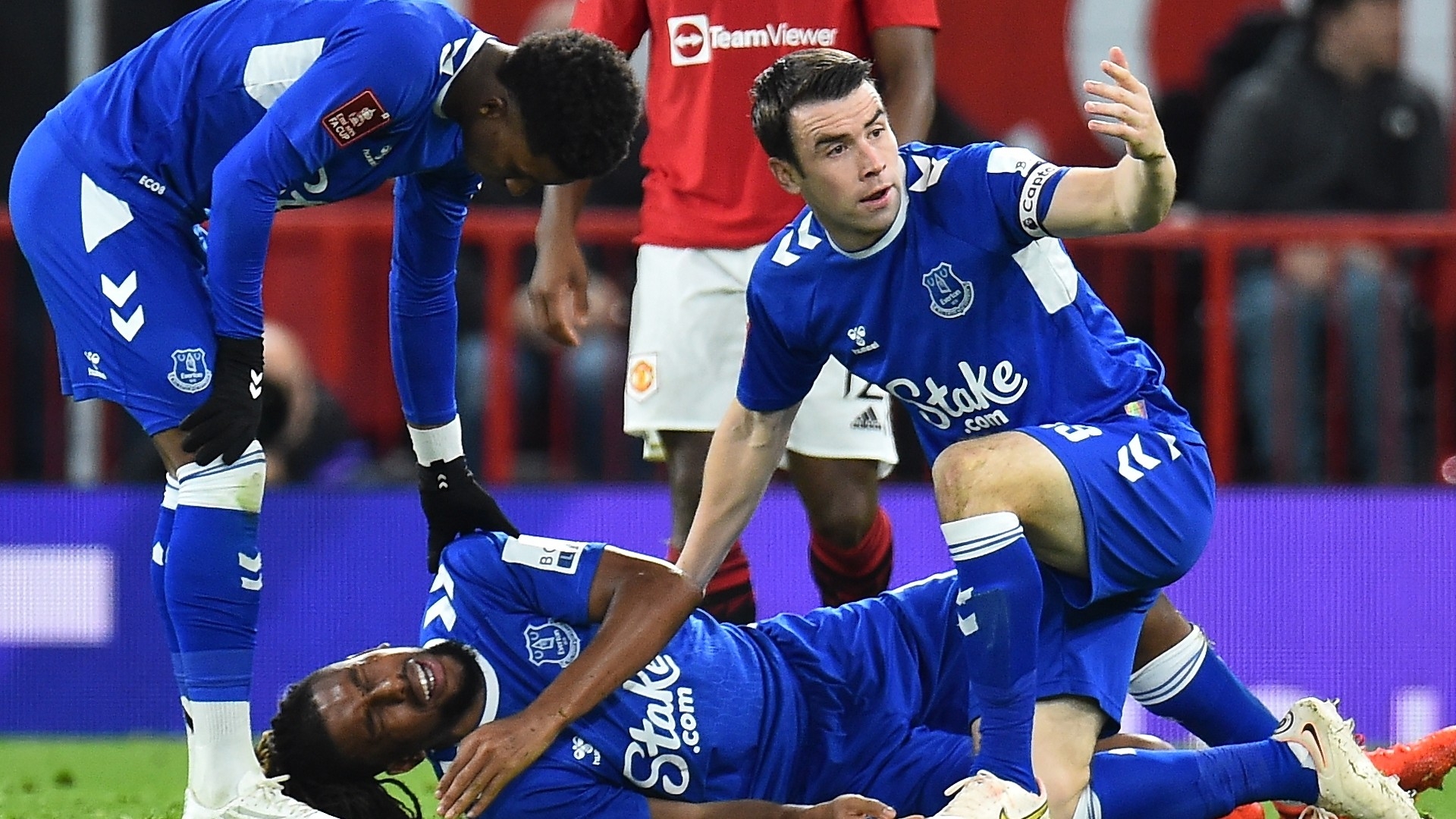 A player who found new life under Frank Lampard’s management of Everton after being seen as the worst transfer the Toffees ever made, is Alex Iwobi, and now his fine form for the Merseyside Blues has come under threat following an injury set back against Manchester United on Friday night.

Everton’s FA Cup run came to an end on Friday when Alex Iwobi was taken off the field on a stretcher after suffering a serious injury against Manchester United.

After being tackled from behind by Malacia of Manchester United, Nigerian international, Alex Iwobi was stretchered off in tears.

From the conclusion of the previous season to the start of the current one, the Super Eagles midfielder has been one of Everton’s important players.

The Nigerian international appeared to be in a lot of agony as both teams’ medical staff responded to him, and it appeared as though the injury might keep him out for a while as he was stretched off in tears.

Alex Iwobi, who began in midfield alongside Senegal international Idrissa Gueye and Amadou Onana, was one of Everton’s most animated players as the Toffees rallied from a deficit to draw 1-1 at the break.

The 26-year-old worked in deep and advanced areas, aiming to link with defense and offense, and letting the pitch after bringing in two long balls from his 34 touches. Manager Frank Lampard had given the player a free role.

Before the World Cup break, Alex Iwobi managed six assists and a goal, making him the top playmaker for Everton this season.

While his team has drawn with Manchester City and lost to Wolverhampton Wanderers in their previous three games, he has not had much of an impact on those results.

The player and his team will be praying that the injury is not too serious so that he can quickly return to duty as Lampard’s team battles to stay in the Premier League.

Everton’s FA Cup run came to an end in the Third Round on Friday as they were beaten 3-1 by Manchester United.