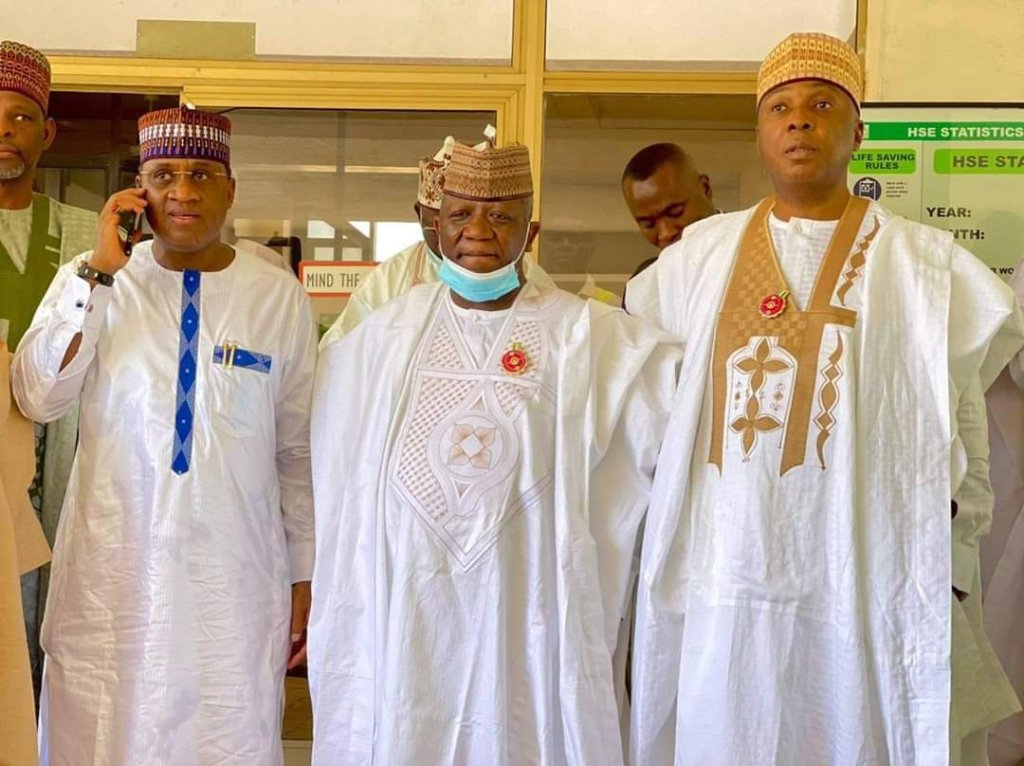 Abdulaziz Yari, a renowned Godfather of Zamfara politics and ex-Governor of the gold-rich State, has finally decamped to the opposition’s Peoples Democratic Party, PDP.

The ex-Governor who around October 2021 vowed to form another government in 2023 during an interview with BBC Hausa Service moments ago, has finally accomplished his plans.

Yari, who has amassed enough wealth to control the fate of any political party in the state with the help of religious clerics on his side, since he knows that the only obstacle to the political emancipation of Zamfara people is religious manipulation was seen in the company of former Kwara State Governor, Bukola Saraki, who has also declared his intention to run for the Presidency under the PDP. Aside Saraki, another prominent politician our reporter believed had decamped was former Senator Kabiru Marafa.

While with APC, Yari was said to have been treating the party like his personal property and with utmost disdain, with internal democracy at its lowest ebbs, his former ally, Kabiru Marafa, was so frustrated that he had to take his own party APC, to court. So also was Yari’s deputy, Wakkala, who was forced out of the party.

Yari, was said to have arranged a ticket to be given to his own candidates and minions in his bid to enthrone a successor who can cover up his tracks reasons he was uncomfortable with Governor Matawalle in power.

The ex-Zamfara State Governor who is currently involved in N300 billion scandal involving cash deposits in bank accounts that he can’t account for, source close to him disclosed gave the sum of N100 million to Senator Kabiru Marafa, Zamfara State APC factional leader who is now reported to have decamped with him (in other to become the next Governor of the state), to destabilize the present administration of Governor Bello Muhammad Matawalle ahead of 2023 general elections.

According to the authoritative source, “Out of the 100m received from the Ex-Governor, Senator Marafa gave out the sum of 50 million Naira to his factional party Chairman Alh. Surajo Garba Maikatako, to mobilize their followers and some hoodlums to destabilize the present administration of governor Bello Muhammad Matawalle”.

In February and April 2021, Yari was detained and interrogated by the Economic and Financial Crimes Commission in connection with around ₦300 billion he attempted to move from a corporate bank account.

In the invitation letter sent to Yari to summon him for the April interrogation, the EFCC Director of Operations, Abdulkarim Chukkol, stated “conspiracy, diversion of public funds and money laundering” as the grounds for the interview. Sahara Reporters reported that the EFCC is also investigating Yari in connection with the alleged Paris Club refund corruption case involving the Central Bank of Nigeria, Attorney-General Abubakar Malami, Chief of Staff to President Ibrahim Gambari, and former Representative Ned Nwoko