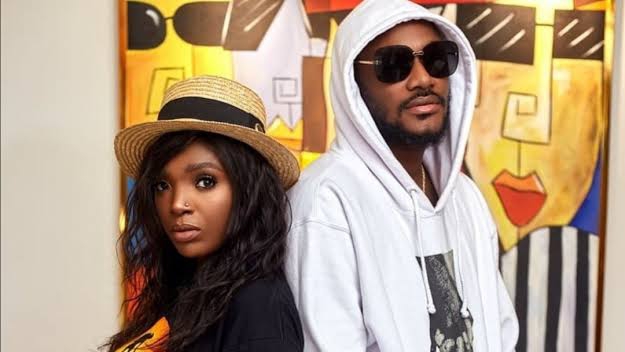 Music legend, Innocent Idibia popularly known as 2face has weighed in after many lashed out at his wife, Annie Idibia.

Recall that the wife of the music legend, Annie Idibia had earlier sparked rumors of having a marital crisis after she supposedly unfollowed 2face on the photo-sharing platform, Instagram.

Many, however, speculated that the couple is quarreling due to his bonding with his baby mama, Pero Adeniyi’s 3 kids in the US.

He told them to leave his wife alone.

“Una too like to dey bully people for this social media, I no understand. make una just leave my wife alone. abeg. make una leave am alone”.

“una can like to read nonsense meaning to everything. can’t somebody feel free again”.

Also, Annie Idibia and her management had earlier shut down the rumors, but many continued trolling her over the news.

In a new Instagram story, Annie confirmed that she never unfollowed 2face, rather, it was a glitch in the system caused by the platform which made her lose some followers.