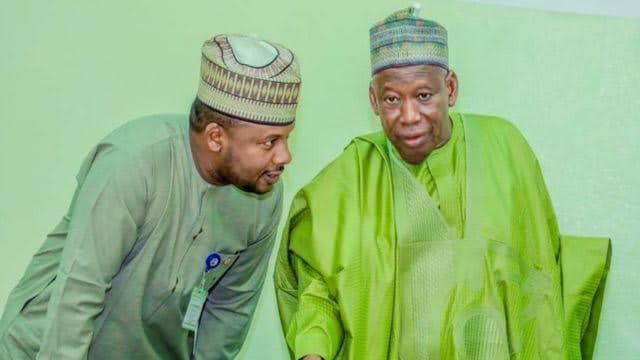 Nigeria’s Department of State Services has finally confirmed that Salihu Tanko Yakasai is in its custody, TopNaija reports.

Yakasai was arrested on Saturday after demanding Buhari’s resignation over the failure of his government to arrest widespread abductions in the country.

DSS State Director, Muhammad Alhassan had early denied the arrest, saying, “we have not arrested or even invited Salihu, don’t forget he is our friend, sometimes, he advises us on issues of critical Security situations in Kano”.

However, DSS spokesman, Peter Afunanya, on Saturday night, admitted that Yakasai was arrested.

Afunanya, however, noted that Yakasai’s arrest was beyond his opinion about President Muhammadu Buhari’s administration.

He said: “This is to confirm that Salihu Tanko-Yakasai is with the Department of State Services. He is being investigated over issues beyond the expression of opinions in the social media as wrongly alleged by sections of the public.”

In a statement on Saturday, Muhammad Garba, state commissioner for information, said the dismissal is because of Tanko-Yakasai’s “continued unguarded comments”.

Garba said Tanko-Yakasai’s comments are contrary to the position of the All Progressives Congress-led government which he works for.

The commissioner said the aide failed to differentiate between personal opinion and official stand on matters of public concern, adding that he could not be allowed to continue to serve in a government he does not believe in.

Why there’s no difference between Igboho, Shekau, Kanu – Adamu Garba