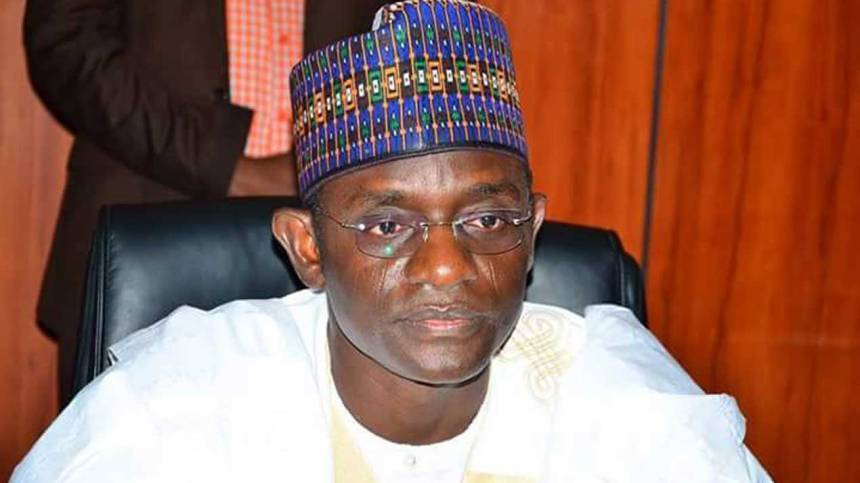 The Chairman of the All Progressives Congress Caretaker/Extraordinary Convention Planning Committee, Mai Mala Buni, on Tuesday, told members of the party who have been accusing him of planning to extend the committee’s tenure that he and other members are not seeking jobs.

This is just as a member of the committee who is also the Kebbi State Governor, Atiku Bagudu, said the party’s National Executive Committee meeting that constituted the caretaker committee did not give it a timeline.

They spoke with State House correspondents after a meeting they had with the President, Major General Muhammadu Buhari (retd.), at the Presidential Villa, Abuja.

Buni, who is also the Yobe State governor, had earlier said the President approved the planned nationwide registration of party members.

He also said the committee would continue with its ongoing reconciliation efforts.

But when asked about some party members who have been calling for the holding of the party’s convention and kicking against tenure elongation for the committee, Buni said, “You are all aware that have three sitting governors in the committee. You should know that none of the governors is seeking a job.

“Already, we have a job. But we have to sacrifice to ensure that we reposition the party.

“So, anybody who is thinking that maybe we are job seekers is wrong. We are not job seekers. We are here to reposition and reunite our party so that we have a party we can all be proud of.

“This is our mandate and we are ready to discharge our mandate. That (tenure elongation) is left for NEC of the party to decide. It is not me or the caretaker committee to decide.

“We are operating within the limit of our assignment because NEC of the party said we must rebuild the party bottom-up. So, it is not for us to say that we are extending our tenure.”

Buni said their meeting with Buhari was purely consultative and in line with the assignment given to them.

He said the meeting was meant to consult with the President on the process of the membership registration.

“As from today, we are commencing with sensitisation. Thereafter, it will culminate in membership registration across over 119,000 polling units in the country.

“It is part of our mandate as bestowed on us by National Executive Committee to rebuild this party bottom-up,” he said.

Bagudu said, “You may also recall that two days before the caretaker committee was saddled with the responsibility of leading the party, the party lost a serving governor to the opposition.

“So, the chairman (caretaker committee) came at the time when the morale was weak, but the committee worked so hard including the winning of the Ondo State gubernatorial election with the reconciliation of members.

“The National Executive Committee meeting that ushered in the caretaker committee did not give a definite date.”

Boris Johnson speaks to Biden, congratulates him on election