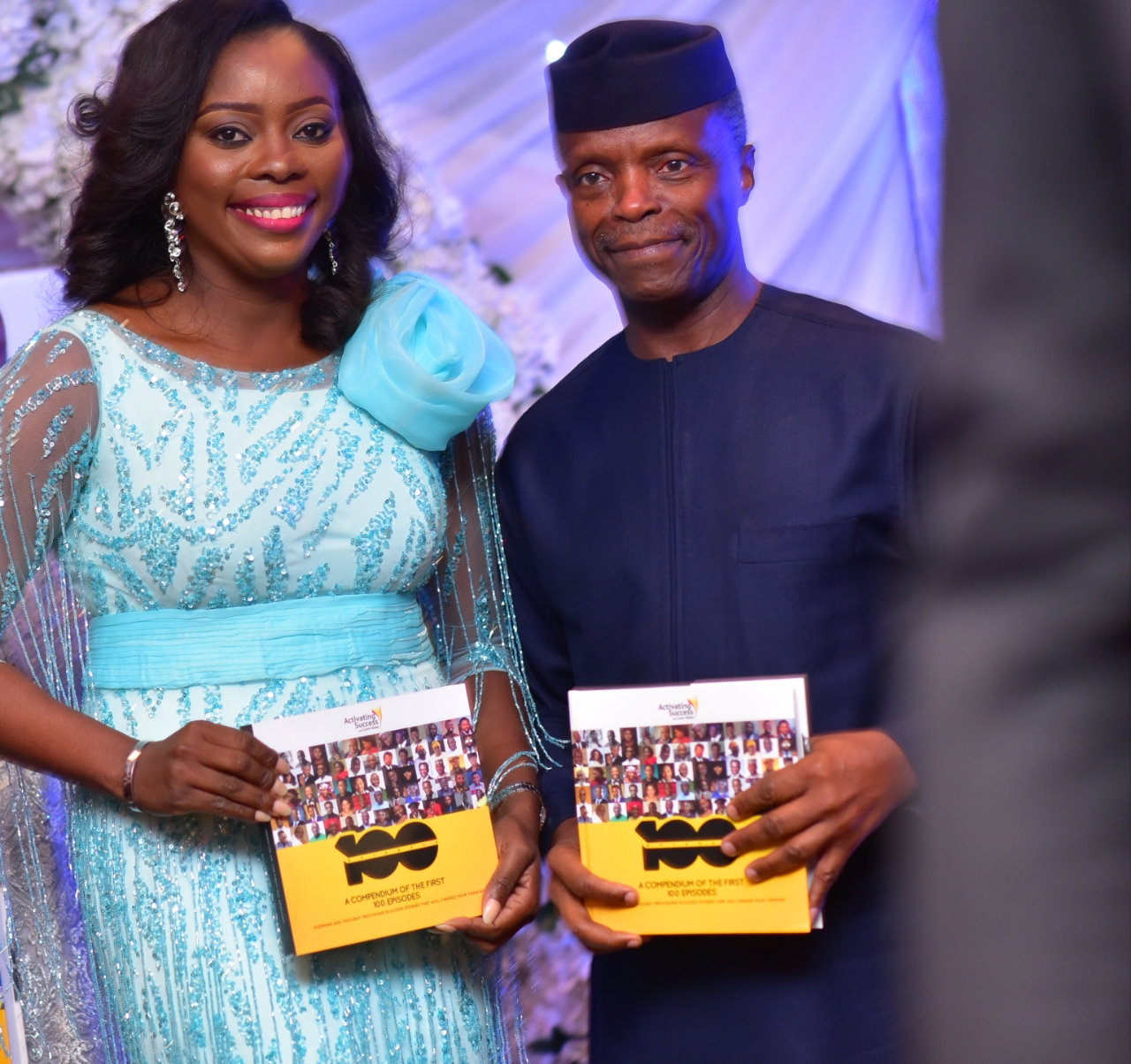 Popular TV host and motivational speaker, Love Idoko made history in Abuja on Friday as she was joined by the vice president, Prof. Yemi Osinbajo and a host of other dignitaries to present a compendium of the first 100 episodes of her popular TV show, Activating Success with Love Idoko.

Activating Success with Love Idoko is a TV programme hinged on inspiring people, especially the younger generation to rise above average living and be the best they could be in the land.

At the unveiling of the book, the VP who was the Special Guest of Honour commended Love Idoko for being an encouraging voice among the Nigerian youth.

While commending the diligence of Love Idoko, Osinbajo hinted that one would see talents among Nigerians. “I am extremely proud of our country and I very strongly believe that we are certainly going to be a great nation. It is not going to depend on many of us but on a lot of very young people who are multi-tasking, creative and able to stick to it a long time”.

The TV show made its debuts on the 5th of June 2015 on AIT and has gone on to record over 100 episodes. The book aptly titled, ‘Activating Success: a compendium of the first 100 episodes’ is the first of its kind as no TV programme has ever achieved the feat. It features the stories of top personalities such as Dr Mike Murdock, Omotola Jalade, Mr Lanre Olusola, Hon Desmond Elliot, Jackie Appiah, Innocent Idibia, Timi Dakolo, Cobhams Asuquo, Dr Ubong King and a lots more.

Check out some beautiful photos from the event;

Russian Star Says She Regrets Not Being A Nun