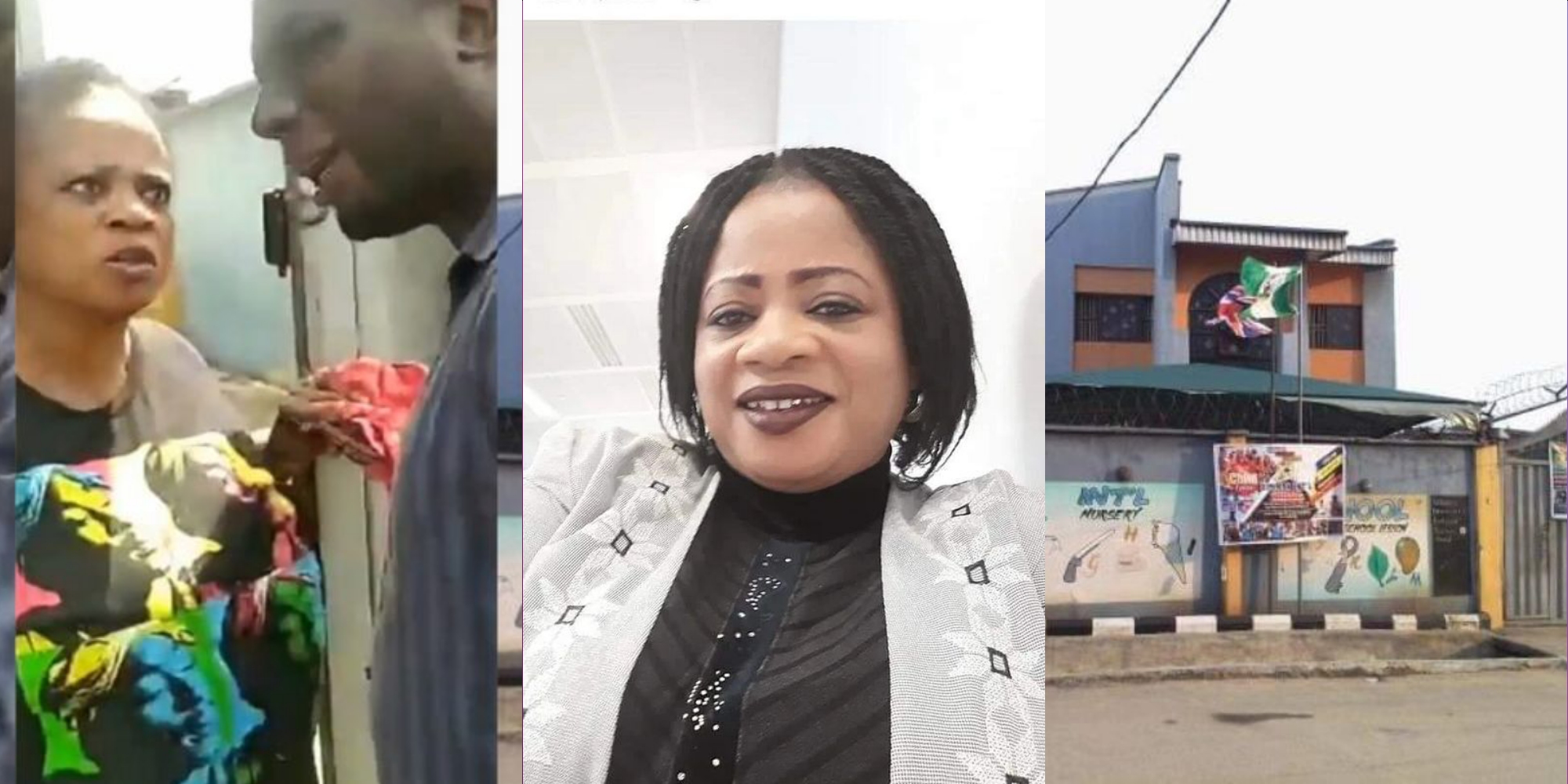 Irate parents cut all rules as they stormed the residence of a supposed proprietress in Lagos after she reportedly shut down her school without notifying anyone about it.

As reported by a faceless IG Blogger, Gistlover, the yet-to-be-identified school owner had shut down the institution after she collected tuition as well as graduation fees and refused to pay the teachers.

In a video gone viral, the individual parents then took matters into their hands and decide to trace the proprietress to her residence to demand an explanation for her actions.

The proprietress was captured arguing at the gate of her house with the parents.

It was gathered that the woman has now relocated abroad and parents are demanding for justice.

“Propietress collect school fees from plenty parent come close school down, naso parent go him house go show am shege, she collect school fees for a new term, collect graduation fees, refuse to pay teachers but locked down the school herself, now mama don Japa go UK with their money , shey wahala no too much like this.

The parent and teachers dey my dm like this seeking for justice, abeg who fit help me deport this woman 🤦🤦🤦make we start from there, why will you scam people all in the name of school, of you don close school, REFUND ALL THE PARENT AND PAY YOUR STAFFS, I COME IN PEACE”

Mikel Arteta acting like a Clown On The Touchline

Ronaldo Urged to Use Move as a Propaganda Platform