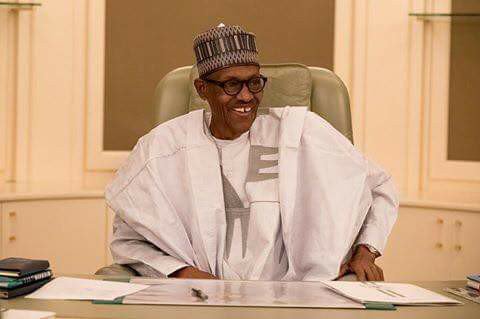 He made the remark while speaking as lead paper presenter at a One-Day seminar on “The Viability of Federal Government Economic Recovery and Growth Plan (ERGP) 2017-2020 held at the main campus, Samaru, Zaria.

The News Agency of Nigeria (NAN) reports that the seminar, which was organised by Institute for Development Research and Training (IDR) was held at ABU main campus, Samaru, Zaria.

“Let me emphasis that President Buhari did not bring suffering to Nigerians but it is actually the source of Nigeria’s revenue that crashed from $114 a barrel to $48.8.

“This has really affected the economy, it doesn’t matter who is the president now, the situation had come and it is global phenomenon.

“Of course, Nigerians are suffering, but Buhari cannot do magic to raise the global price of oil, remember, oil went down as low as $30 per barrel before it started coming up,” he said.

The Don advocated for diversification of the economy from oil to non-oil sectors to revitalise the country’s economy.

Kwanashie observed that the only key thing that would bring Nigeria out of recession was rise in global oil price.

“You can bring anybody to rule the country, as long as oil prices remained low, Nigeria cannot come out of recession.”

“If you want ERGP to succeed, both state and local governments must start planning on specified projects that are important and have direct impact on the lives of people,” he noted.

In his presentation, Prof. Ayo Ra’uf-Dimoye, a political economist from ABU, observed that achieving ERGP was viable.

He expressed concern over the delay in passing the budget by the National Assembly and called for a change of attitude to facilitate growth and development.

“It is very sad that the executive will prepare and sent the budget to the National Assembly in August but they will not pass it until May next year and pad it to suit their own interest.

He called on Nigerian government to overhaul its educational sector so as to address a number of issues in the economy.

“It takes Singapore 15 to 20 years to overhaul its education sector, now in Singapore, all Ministers are PhD holders.

“Everyone here can attest to the fact that Singapore had recorded tremendous success in its economy,” he said.

In his speech, the ABU Vice-Chncllor, Prof. Ibrahim Garba assured that the seminar would be packaged and forwarded to appropriate authorities.

Garba, who, was represented by Prof. Zubairu Abubakar, Dean School of Post Graduate Studies, said Nigeria as a nation needed a clear roadmap to move out of recession.

Earlier, the Convener of the seminar and Director, Institute for Development Research and Training (IDR), Prof. Hudu Abdullahi said the essence of the Programme was to hear from the specialists’ mouth the viability of ERGP.

He said when a plan was to be planned all stakeholders must be incorporated, advising that all Nigerians have a stake in the planning as it affects all sectors of the economy.

EFCC recovers N329bn from Oando, Mobil and Others