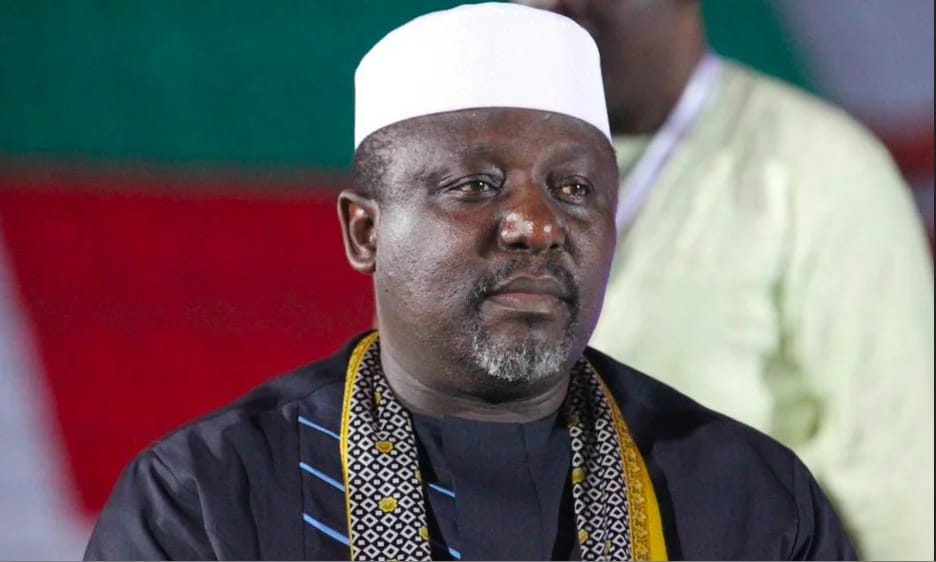 The All Progressives Congress, APC, candidate for Owerri Senatorial District during the 2015 general elections and former member, House of Representatives, Uche Onyeagucha, has told the governor of Imo state, Rochas Okorocha to start sewing his prison uniform.

The APC chieftain said the governor had completed all the financial crimes and deceit that would surely land him in prison when his immunity expired.

Recall that recently, Okorocha was quoted to have told State House Correspondents in Abuja that whoever will take over from him as governor may be stoned by the people if his performance fell below the standard he had set.

But Onyeagucha, who was reacting to the governor’s statement, said Okorocha may be stoned when he loses his immunity in 2019, adding that he has set the state further back in development.

The APC chieftain accused the governor of littering the state with hundreds of abandoned projects.

He told New Telegraph, “I was a senatorial candidate, I should be a leader in APC, while Rochas should be in prison for the way and manner he has looted Imo State.

“He should rather be sewing his prison uniform. This is a person who has never gone on any commercial flight since he became governor; he has been travelling around on private jet at the state’s expanse.

“Today, there are many leaky roofs at the secretariat.

“Avutu poultry, which he renovated, has collapsed under one year. At the appropriate time, Imo people will beam to the world, the many grisly misdeeds of this cruel administration.

“When we in APC went on campaign, we said we will build factories, industries, and create jobs. That is what we promised, even on billboards then.

“When I told him he is a fraud, he removed them and changed the message. Show me one factory built by Rochas and I will apologise.

““He has deceived our people for too long, he has bamboozled them with lies, and we have tolerated it long enough.”

10 things to know from Nigerian newspapers this Monday morning