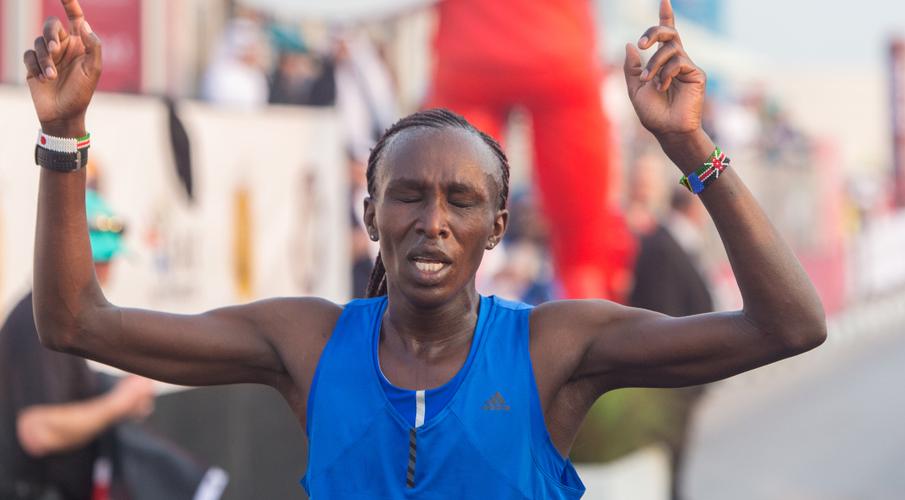 Florence Jepkosgei Chepsoi, Kenyan long distance runner has been sentenced to serve a one-year community service for faking documents as part of her defence on a doping charge, the Anti-Doping Association of Kenya (ADAK) announced.

She becomes the first Kenyan athlete to be found guilty in a criminal court.

The verdict was handed down after the trial in Eldoret following an investigation lasting a number of years.

The 36-year-old marathon runner was banned for two years in 2017 for using the performance-boosting drug Prednisolone.

She was found guilty of providing false medical records from Eldoret’s Uasin Gishu Hospital to support her defence case when she appeared before the Kenyan Sports Disputes Tribunal.

“The Uasin Gishu district hospital confirmed that those medical documents had been forged, and that the athlete had not been treated at the said hospital,” ADAK said in a statement.

Over 60 Kenyan athletes have been suspended in the last five years for doping offences, including whereabout failures, a violation of the World Athletics anti-doping rules.

Kenya’s 2016 Olympic women’s marathon champion Jemima Sumgong is serving a lengthy ban after she was found to have falsified medical documents in an attempt to tamper with a positive test for EPO.

Sumgong, the first Kenyan woman to win an Olympic marathon, tested positive for the blood-booster in an out-of-competition test five months after winning gold in Rio.

It’s rare for an athlete to face criminal charges for doping offences, although Chepsoi is not the first worldwide.

Criminal prosecutors normally target people such as doctors and other support staff who facilitate doping in what they refer to as doping conspiracies rather than the athletes themselves. The World Anti-Doping Agency recommends athletes do not face criminal prosecution for doping.

The United States passed a law in December that criminalised doping conspiracies and allows U.S. prosecutors to go after doping schemes at international events in which Americans are involved as athletes, sponsors or broadcasters. The Rodchenkov Anti-Doping Act was named after Grigory Rodchenkov, the former Moscow lab director who helped uncover state-sponsored doping by Russian athletes.