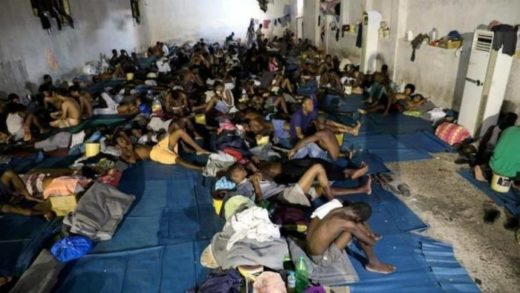 Chief Aloysius Bush, the President of Igboezue, a South Africa-based socio-cultural organisation, on Friday urged governors of the South East states to implement programmes aimed at empowering the youths.

He told the News Agency of Nigeria (NAN) in Johannesburg, South Africa, that such programmes would help the youths to resist the temptation of being lured into slavery abroad.

“ We are worried about the reported incidents of slavery and human trafficking in Libya.

“ We are also disturbed that youths could be easily lured into going to Libya because they are unemployed.

“ We, therefore, appeal to the governors of the South East states to ensure that the youths are engaged, ” he said.

According to him, leaders in the zone should carry the youths along, especially in terms of empowerment and job creation programmes.

“ If there are returnees from Libya, they should be resettled. This will give them a sense of belonging and enable them to pick up the pieces of their lives again, “ he said.

On xenophobia, Bush said that the group had liaised with the police in Johannesburg to work out plans to avert future incidents.

“ Our members who reside in some Johannesburg suburbs suffered huge losses in previous xenophobic attacks.

“ We lost goods and property worth millions of Rand and we have decided to be proactive,” he said.

He said that series of interactive sessions with the police and residents were held on preventing future attacks.

“ We have also warned our members to obey the laws of the country and always report any incident to the police,” he said.